LOS ALTOS, Calif. — No need for tears, but the well-off are losing their master suites and saying goodbye to their wine cellars.

The housing bust that began among the working class in remote subdivisions and quickly progressed to the suburban middle class is striking the upper class in privileged enclaves like Silicon Valley, CA. 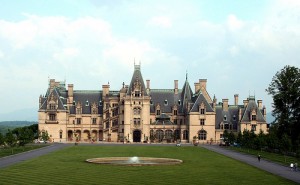 Whether it is their residence, a second home or a house bought as an investment, the rich have stopped paying the mortgage at a rate that greatly exceeds the rest of the population.

More than one in seven homeowners with loans in excess of a million dollars are seriously delinquent, according to data compiled for The New York Times by the real estate analytics firm CoreLogic.

By contrast, homeowners with less lavish housing are much more likely to keep writing checks to their lender. About one in 12 mortgages below the million-dollar mark is delinquent.

Though it is hard to prove, the CoreLogic data suggest that many of the well-to-do are purposely dumping their financially draining properties, just as they would any sour investment.

Five properties here in Los Altos were scheduled for foreclosure auctions in a recent issue of The Los Altos Town Crier, the weekly newspaper where local legal notices are posted. Four have unpaid mortgage debt of more than $1 million, with the highest amount $2.8 million.

Not so long ago, said Chris Redden, the paper’s advertising services director, “it was a surprise if we had one foreclosure a month.”

The sheriff in Cook County, Ill., is increasingly in demand to evict foreclosed owners in the upscale suburbs to the north and west of Chicago — like Wilmette, La Grange and Glencoe. The occupants are always gone by the time a deputy gets there, a spokesman said, but just barely.

In Las Vegas, Ken Lowman, a longtime agent for luxury properties, said four of the 11 sales he brokered in June were distressed properties.

“I’ve never seen the wealthy hit like this before,” Mr. Lowman said. “They made their plans based on the best of all possible scenarios — that their incomes would continue to grow, that real estate would never drop. Not many had a plan B.”

The defaulting owners, he said, often remain as long as they can. “They’re in denial,” he said.

Here in Los Altos, where the median home price of $1.5 million makes it one of the most exclusive towns in the country, several houses scheduled for auction were still occupied this week. The people who answered the door were reluctant to explain their circumstances in any detail.

At one house, where the lender was owed $1.3 million, there was a couch out front wrapped in plastic. A woman said she and her husband had lost their jobs and were moving in with relatives. At another house, the family said they were renters. A third family, whose mortgage is $1.6 million, said they would be moving this weekend.

At a vacant house with a pool, where the lender was seeking $1.27 million, a raft and a water gun lay abandoned on the entryway floor.

Lenders are fearful that many of the 11 million or so homeowners who owe more than their house is worth will walk away from them, especially if the real estate market begins to weaken again. The so-called strategic defaults have become a matter of intense debate in recent months.

Fannie Mae and Freddie Mac, the two quasi-governmental mortgage finance companies that own most of the mortgages in America with a value of less than $500,000, are alternately pleading with distressed homeowners not to be bad citizens and brandishing a stick at them.

In a recent column on Freddie Mac’s Web site, the company’s executive vice president, Don Bisenius, acknowledged that walking away “might well be a good decision for certain borrowers” but argues that those who do it are trashing their communities.

The CoreLogic data suggest that the rich do not seem to have concerns about the civic good uppermost in their mind, especially when it comes to investment and second homes. Nor do they appear to be particularly worried about being sued by their lender or frozen out of future loans by Fannie Mae, possible consequences of default.

With second homes, the delinquency rate for both types of owners was rising in concert until the stock market crashed in September 2008. That sent the percentage of troubled million-dollar loans spiraling up much faster than the smaller loans.

“Those with high net worth have other resources to lean on if they get in trouble,” said Mr. Khater, the analyst. “If they’re going delinquent faster than anyone else, that tells me they are doing so willingly.”

Willingly, but not necessarily publicly. The rapper Chamillionaire is a plain-talking exception. He recently walked away from a $2 million house he bought in Houston in 2006.

“I just decided to let it go, give it back to the bank,” he told the celebrity gossip TV show “TMZ.” “I just didn’t feel like it was a good investment.”

The rich and successful often come naturally to this sort of attitude, said Brent T. White, a law professor at the University of Arizona who has studied strategic defaults.

“They may be less susceptible to the shame and fear-mongering used by the government and the mortgage banking industry to keep underwater homeowners from acting in their financial best interest,” Mr. White said.

The CoreLogic data measures serious delinquencies, which means the borrower has missed at least three payments in a row. At that point, lenders traditionally file a notice of default and the house enters the official foreclosure process.

In the current environment, however, notices of default are down for all types of loans as lenders work with owners in various modification programs. Even so, owners in some of the more expensive neighborhoods in and around San Francisco are beginning to head for the exit, according to data compiled by MDA DataQuick.

In Los Altos, Los Altos Hills and the most expensive neighborhood in adjoining Mountain View, defaults in the first five months of this year edged up to 16, from 15 in the same period in 2009 and four in 2008.

The East Bay suburb of Orinda had eight notices of default for million-dollar properties, up from five in the same period last year. On Nob Hill in San Francisco, there were four, up from one. The Marina neighborhood had four, up from two.

The vast majority of owners in these upscale communities are still paying the mortgage, of course. But they appear to be cutting back in other ways. The once-thriving Los Altos downtown is pocked with more than a dozen empty storefronts in a six-block stretch.

But this is still Silicon Valley, where failure can always be considered a prelude to success.

In the middle of a workday, one troubled homeowner here leaned over his laptop at the kitchen table, trying to maneuver his way out from under his debt and figure out the next big thing.

His five-bedroom house, drained of hundreds of thousands of dollars of equity over the last 13 years, is scheduled for auction July 20. Nine months ago, after his latest business (he has had several) failed in what he called “the global meltdown,” the man, a technology entrepreneur, said he quit making his $9,000 monthly payments.

“I’m going to be downsizing,” he said.

The man spoke on the condition of anonymity because, he said, he did not want his current problems to interfere with his coming reinvention. “I’m a businessman,” he explained. “I have to be upbeat.”

Posted in Financial and tagged Recession.

Posted by Erick Erickson Of all the issues in which inside the beltway groupthink cloud good judgment, none is more...