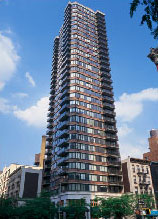 For $7,750 plus taxes, the hotel offers expectant mothers – – many from Third World Islamic countries – – a one-bedroom suite with airport transfer, a baby cradle, and a gift set for the mother.

In addition, the baby will become an automatic U.S. citizen with all the rights and privileges thereof, including social security, public welfare, the ability to travel freely to and from the United States, easy access to a U.S. education, and the right to vote.

The greatest advantage to the offer comes with the ability of the citizen child to later sponsor the legal immigration of his or her entire family permanently to this country.

Most women stay for two months, Marmara Hotel spokeswoman Alexandra Ballantine said, and they make medical arrangements on their own. “Guests arrange and pay for these by themselves,” she said of hospital costs that can approach $30,000.

“We found a company on the Internet and decided to go to Austin [Texas] for our child’s birth,” Turkish mother Selin Burcuoglu told Istanbul’s Hurriyet Daily News. “I don’t want [my daughter] to deal with visa issues. American citizenship has so many advantages.”

The “birth tourism” industry, which is difficult to track and remains largely anecdotal, has been on the rise for years, according to government and participants reports.

The Marmara Hotel is owned and operated by Kiska Construction and Development. The international firm, which is headquartered in Ankara, Turkey, is led by Oguz Gursel, who has alleged ties to the Islamic theologian Gulen movement.

In Case You Missed It:  9-11-2001 NEVER FORGET
Posted in Terrorism and tagged Immigration, Islam, Terrorism, Turkey.

Why do Muslims Murder Americans?

by Daniel Greenfield The writer separates fact from revisionist history. Muslims didn't need Israel as an excuse to murder Americans....