The Dodd-Frank financial regulation reform bill is now law. The bill is being touted as the most sweeping financial legislation since Glass-Steagall, but with 2300 pages of rules and proposals it’s hard to know exactly how it will play out in the market. 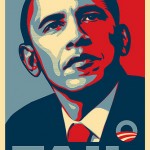 1. The bill doesn’t get to the root causes of the crisis. Schiff blames former Federal Reserve Chairman Alan Greenspan’s ‘too low for too long’ interest rate policy, combined with government-guaranteed mortgages for the rise and fall of the housing market. “That’s continuing today, it’s untouched by this bill. In fact, the Fed is more reckless today with zero percent interest rates than when they were one percent,” he tells Aaron in this clip. Plus, with so many private lenders out of business, the government is guaranteeing an even greater percentage of the mortgage market and has given Fannie Mae and Freddie Mac and unlimited line of credit until 2012.(For more on this, see: Give Homeowners the “Right to Rent” and Other Novel Solutions to Housing Woe)

2. The law fails to end ‘Too Big to Fail.’ “This law now guarantees that in the future even if they don’t want to bailout these banks they actually have to,” Schiff protests. “Designating a federally supervised wind-down process for major financial firms, the new structure signals to creditors that lending money to large financial firms will provide more security than loaning to firms too small to qualify for the program. As a result, these firms will enjoy continued advantages in the marketplace which will ensure the continued industry dominance.” (On this point, at least, Schiff is in agreement with progressive economist Dean Baker, who tells Tech Ticker: “Wall Street Got Off Very Easy”)

In contrast to Schiff’s warning, the law does the following, according to Reuters:

“The bill would set up an “orderly liquidation” process that the government could use in emergencies, instead of bankruptcy or bailouts, to dismantle firms on the verge of collapse.

“The goal is to end the idea that some firms are ‘too big to fail’ and avoid a repeat of 2008, when the Bush administration bailed out AIG and other firms but not Lehman Brothers. Lehman’s subsequent bankruptcy froze capital markets.

“Under the new rule, firms would have to have ‘funeral plans’ that describe how they could be shut down quickly.” (For more, see: It’s the Great White House Financial Reg Reform Video, Charlie Brown)

3. More regulation means higher costs for smaller financial services firms, reducing competition. “All the new regulations that are going to be written pursuant to this bill are going to add dramatically to the cost of doing business that is going to disproportionally hit the smaller firms who don’t have the economies of scale,” Schiff says, including his own firm in that mix.

Opposition to the construction of mosques has skyrocketed in cities and towns across the country, scholars and advocates of Muslim...