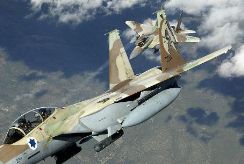 There are four theories as to why Netanyahu has not (yet) given the order to proceed.

Why hasn’t Israel bombed Iran yet? It’s a question I often get from people who suppose I have a telepathic hotline to Benjamin Netanyahu’s brain. I don’t, but for a long time I was confident that an attack would happen in the first

six months of this year. Since it didn’t, it’s worth thinking through why.

First, though, let me explain my previous thinking. In the spring of 2008, there was intense speculation that then-Prime Minister Ehud Olmert, fresh from ordering an attack on a covert Syrian reactor, was giving serious thought to an Israeli strike on Iran. President Bush—who Israelis believed would give them the diplomatic cover and logistical support they would need for such a strike, especially if things went amiss—had only a few months left to go. The release of the December 2007 National Intelligence Estimate claiming (erroneously, as we now know) that Iran had halted its nuclear weaponization effort meant it was highly unlikely that the U.S. would attack.

Finally, Israeli planners understood that the longer they delayed a strike, the harder it would be to achieve meaningful effects. Iran would have more time to harden its facilities, improve its defenses, and disperse its nuclear materials.

So why didn’t Israel act then? A variety of reasons, the most plausible of which was that Mr. Olmert believed an Israeli strike on Iran was a huge gamble, and that it would be rash to attack before every diplomatic, political or covert means to stop Iran’s nuclear bid had been explored. Then came Barack Obama with his time-limited offer to negotiate with Tehran, followed by Iran’s post-election unrest, which briefly aroused hopes that the regime might be toppled from within.

All of which persuaded me that, having duly given Mr. Obama’s diplomacy the benefit of the doubt, Israel—under the more hawkish leadership of Mr. Netanyahu—would strike, sooner rather than later. Plainly I was wrong.

What gives? Here are four theories in ascending order of significance and plausibility.

The first is that Israeli military planners have concluded that any attack would be unlikely to succeed (or succeed at a reasonable price). Maybe. But this analysis fails to appreciate the depth of Israeli fears of a nuclear Iran, and the lengths they are prepared to go to stop it. A successful strike on Iran may be at the outer periphery of Israel’s capabilities, but senior Israeli military and political leaders insist it is not completely beyond it.

A second theory is that Israel is biding its time as it improves its military capabilities on both its offensive and defensive ends. Yesterday Israel completed tests of its “Iron Dome” missile defense shield, designed to guard against the kind of short-range rockets that Hamas and Hizbullah might use in retaliation against an Israeli strike on Iran. The system will begin coming on line in November. Israel is also mulling the purchase of a semi-stealthy variant of the F-15 as an alternative to the much more expensive F-35, delivery of which has been delayed till 2015. What Israel decides could be a telling indicator of what it intends.

The third theory concerns the internal dynamics of Israeli politics. Mr. Netanyahu may favor a strike, but he will not order one without the consent of Defense Minister Ehud Barak, President Shimon Peres, Chief of Staff Gabi Ashkenazi and perhaps also Mossad chief Meir Dagan. This inner cabinet is said to be uniformly against a strike, with the wavering exception of Mr. Barak. But Mr. Ashkenazi and Mr. Dagan are due to step down within a few months, and who Mr. Netanyahu chooses to replace them will have a material bearing on the government’s attitude toward a strike.

Finally, Israeli leaders are mindful of history. Put aside the routine comparisons between a prospective military strike on Iran with Israel’s quick and effective destruction of Iraq’s Osirak reactor in 1981. As I’m reminded by Michael Doran, a Middle East scholar at NYU, Israel’s leaders are probably no less alert to the lessons of the Suez War in 1956. Back then, a successful military operation by Britain, France and Israel to humiliate Egypt’s Gamel Abdel Nasser (in many ways the Mahmoud Ahmadinejad of his day) fell afoul of the determined political opposition of the Eisenhower administration, which mistakenly thought that it could curry favor with the Arabs by visibly distancing itself from Israel and its traditional European allies. Sound familiar?

There is now talk that the Obama administration may be reconsidering its military options toward Iran. Let’s hope so. Israel may ultimately be willing to attack Iran once it reckons that it has run out of other options, as it did prior to the Six Day War. But its tactical margin for error will be slim, particularly since an effective strike will require days not hours. And the political risks it runs will be monumental. As Mr. Doran notes, in 1956 it could at least count on the diplomatic support of two members of the U.N. Security Council. Today, the U.S. is its last significant friend.

This is an unenviable position, and Israel’s friends abroad would do well to spare it easy lectures. Iran is not Israel’s problem alone. It should not be Israel’s problem alone to solve, to its own frightful peril.
In Case You Missed It:  Mother Blames Covid Vaccine and Government After Son Develops Blood Clots in His Brain 9 Days Following Vaccine – Son Now Has More Clots and a Damaged Heart
Posted in Israel, Terrorism and tagged Ahmadinejad, George W Bush, Iran, Islam, Israel, Jihad, Nuclear Proliferation, Nuclear Weapons, Obama, Terrorism, United Socialist States of America.

The Bias of Wikipedia

by Ari Lieberman Read this and check for yourself. If you agree, do something.  There is a place where the...