A former CIA director says military action against Iran now seems more likely because no matter what the U.S. does diplomatically, Tehran keeps pushing ahead with its suspected nuclear program. 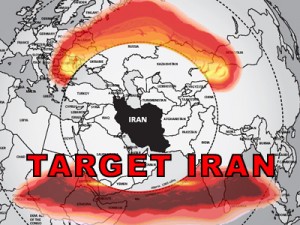 Michael Hayden, a CIA chief under President George W. Bush, said that during his tenure “a strike was way down the list of options.” But he tells CNN’s State of the Union that such action now “seems inexorable.”

“In my personal thinking,” Hayden said, “I have begun to consider that that may not be the worst of all possible outcomes.”

Hayden said that the likelihood of a U.S. strike on Iran has risen in the face of Tehran’s defiance to halt its contentions nuclear program, saying “We engage. They continue to move forward.”

Hayden said that reaching even that level would be “as destabilizing to the region as actually having a weapon.”

Hayden also called homegrown terrorism “a devil of a problem” and the most serious threat facing American citizens. “In a democracy it’s incredibly difficult,” he said. “Look, we’ve all made our compromises with al-Qaeda and the al-Qaeda kinds of attacks.

“But how do you build a security structure that guards you against American citizens who are beginning to change in their thinking up to a point where they become a threat to the security of other Americans? That’s a devil of a problem.”

Hayden said that the next step the intelligence community would take to combat homegrown terrorists would inevitably begin to infringe on the privacy of Americans, and that was still too steep of a price to pay.

“What are you or your viewers willing to pay?” he asked CNN interviewer Candy Crowley. “How much would you allow us commerce or privacy or convenience in order to get down to that level of granularity. And frankly, I think American political culture. I think you and I, as citizens, would be uncomfortable going very far in that direction. That what makes this such a devilish problem.”

Hayden also emphasized that the U.S. military should stay in Afghanistan and that al-Qaeda’s influence in the country was waning becomes of the presence of U.S. armed forces. If the U.S. withdrew prematurely, it would be detrimental to American security.

But it was the Iranian threat that most concerned Hayden, he stressed. The United States, the United Nations and the European Union have imposed new restrictions on Iran over its nuclear enrichment activities, which the West fears could lead it to make a bomb.

The fourth round of U.N. sanctions calls for measures against new Iranian banks abroad if a link to the nuclear or missile programs is suspected and for vigilance on transactions with any Iranian bank, including the central bank.

On Saturday, several key Iranian officials estimated that the United States and Israel would not dare attempt a military strike of Iran’s nuclear sites, adding that they were confident that Iranian forces would easily repel such an attempt, the Israeli newspaper Haaretz reported.

The United States, which has ships in the Persian Gulf, has not ruled out a military strike to thwart what it suspects is an Iranian nuclear weapons program. Iran denies its atomic program is aimed at making weapons.

Supreme Leader Ayatollah Ali Khamenei said on Saturday that Israel and the United States would never strike Iran, saying that “both the U.S. and Zionist regime face internal problems and they know that we make many troubles for them if they attack Iranian territory.”

Yahya Rahim Safav told ISNA, Iran’s news agency, that Iran’s armed forces were “fully prepared and enemies are aware of that, they do not have the power to take a political decision on the issue, because they know they can start the war but are not able to finish it.”

“We need to be fully vigilant of these attacks, the enemy knows that it will regret if launches a land strike against Iran.” Safavi said.

The commander of the Islamic Republic’s Revolutionary Guards, Mohammad-Ali Ja’fari said that the United States would not dare to attack Iran as it is fully aware of Iran’s defense power and its nation’s determination, Haaretz reported.

Ja’fari also said, according to the IRNA report, that he considered his forces’ preparedness as being at their “highest level,” adding that recent sanctions imposed on Iran in view of its contentious nuclear program would have no impact on Iran’s potency.

Also Saturday, a former naval chief in Iran’s Revolutionary Guard said his country has set aside 100 military vessels to confront each U.S. warship that poses a threat. General Morteza Saffari is quoted by the conservative weekly Panjereh Saturday as saying that troops aboard U.S. warships “are morsels for Iran to target in the event of any American threat against Iran.”

In 2008, Iran put its most powerful military force, the Revolutionary Guard, in charge of defending the country’s territorial waters in the Persian Gulf, a vital oil route. Speaking with the semi-official Fars news agency, Iran’s Defense Minister Ahmad Vahidi said that the increased U.S. pressure on Iran were prompted by Washington’s desire to advance its “propaganda campaign “and gain control of the region.

Fars quotes Vahidi as saying that a military strike on Iran was unlikely, adding that Israel too was “uttering such remarks in a bid to reduce the growing international pressures through psychological warfare,” Vahidi told Fars.

“We, too, advise them not to seek trouble and tension in the region through spoiling the atmosphere,” Vahidi said.

Israel and US Near Deal for F-35 Advanced Fighter Plane

by Tzvi Ben Gedalyahu Israel is nearing a $3 billion deal for 19 advanced F-35 warplanes that would give it...