Britain’s largest and longest-running terrorist investigation ended last month with the conviction of three British Muslims. Their 2006 plot involved blowing up trans-Atlantic airliners with the hope of killing up to 10,000 people. That near-disaster offers a pungent reminder of the global danger poised by U.K.-based radical Islam.

The Heritage Foundation calls British Islamism “a direct security threat” to the United States and The New Republic dubs it “the biggest threat to U.S. security.” Officialdom agrees. The British home secretary compiled a dossier in 2003 that acknowledged his country offered a “significant base” for terrorism. A CIA study in 2009 concluded that British-born nationals of Pakistani descent (who can freely enter the United States under a visa waiver program) constitute America’s most likely source of terrorism.

Confirming, updating, and documenting these reports, London’s Centre for Social Cohesion, run by the formidable Douglas Murray, has just published a 535-page opus, Islamist Terrorism: The British Connections, written by Robin Simcox, Hannah Stuart, and Houriya Ahmed. It consists mainly of detailed biographical information on two sorts of perpetrators of what it calls “Islamism related offences” or IROs – that is to say, incidents where evidence points to Islamist beliefs as the primary motivator.

One listing contains information on the 127 individuals convicted of IROs or suicides in IROs within Britain; the other provides biographies on 88 individuals with connections to Britain who engaged in IROs elsewhere in the world. The study covers eleven years 1999-2009.

Domestic British terrorists display a dismaying pattern of normality. They are predominantly young (mean age: 26) and male (96 percent). Nearly half come from a South Asian background. Of those whose educational backgrounds are known, most attended university. Of those whose occupations are known, most have jobs or study full time. Two-thirds of them are British nationals, two-thirds have no links to proscribed terrorist organizations, and two-thirds never went abroad to attend terrorist training camps.

Most IROs, in brief, are perpetrated by basically ordinary Muslims whose minds have been seized by the coherent and powerful ideology of Islamism. One wishes the terrorist’s numbers were limited to psychopaths, for that would render the problem less difficult to confront and eliminate.

Britain’s Security Service estimates that over 2,000 individuals residing today in Britain pose a terrorist threat, thereby implying not only that the “covenant of security” that once partially protected the U.K. from attack by its own Muslims is long defunct but that the United Kingdom may face the worst internal terrorist menace of any Western country other than Israel.

As for the second group – Islamists with ties to Great Britain who engage in attacks outside the country: the report’s authors modestly state that because their information constitutes a sampling, and not a comprehensive list, they do not provide statistical analyses. But their sample indicates the phenomenon’s reach, so I compiled a list of countries (and the number of British-linked perpetrators) in which British-linked IROs have occurred. 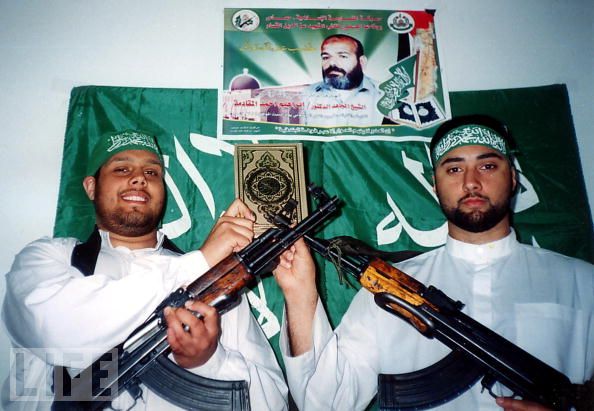 The two British suicide bombers who attacked a nightspot in Tel Aviv.

In all, 28 countries have come under assault from British-based Islamist terrorists, giving some idea of their global menace. Other than India, the target countries divide into two distinct types, Western and majority-Muslim. An odd trio of the United States, Afghanistan, and Yemen have suffered the most British-linked terrorists.

This documentation prompts several questions: One, how much longer will it take for the British authorities to realize that their current policies – trying to improve Muslims’ material circumstances while appeasing Islamists – misses the ideological imperative? Two, evidence thus far tends to point to IROs on balance strengthening the Islamist cause in Great Britain; will this remain the pattern even as violence persists or will IROs eventually incur a backlash?

Finally, what will it take in terms of destruction for non-U.K. governments to focus their immigration procedures on that percentage or two of Britons from whom the perpetrators exclusively derive – the Muslim population? Unpleasant as this prospect is, it beats getting blown up.

by Daniel Pipes August 2, 2010 It was twenty years ago on this day, that Saddam Hussein invaded Kuwait, initiating...