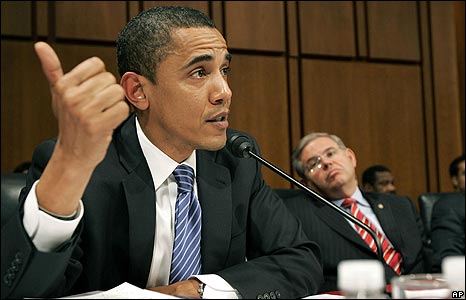 Craw accomplished this fete using clips of Senator Obama questioning Rice about Iraq in January 2007 with comments President Obama has made about his own Afghan exit strategy in a speech in March 2009, an interview with CBS’s “60 Minutes” in March 2009, an address to the nation in December 2009, remarks to the troops in Afghanistan in March, an interview with ABC in April, and an appearance on ABC’s “The View” in July.

I can’t decide which is more infuriating, that the biased media wing of the Democrat party gives Obama a pass on such outrageous inconsistency, or that Obama always tries to be on both sides of so many issues. Just how stupid does the JournolLst crowd think the American people are?

Like Obama has done with issue after issue, his “new strategy” for the War in Afghanistan tries to have it both ways. Obama’s strategy is a Bush-like surge, but with a timetable for ending, not winning the war.

I remain an unrepentant supporter of the war against terror the Islamic extremists have forced upon us, but I find it very hard to support Obama’s Afghan “new strategy” because of his misguided artificial withdrawal date. As I have written before, a war our leaders are not willing to fight to win, is not a war we should fight.

The Radical Professors and Left-Wing Extremists of JournoList