The new moon that signals the dawn of Ramadan remains a week and a half away, but wrangling over accommodations during the Islamic holy month is already in full swing.

First, the city council of Stoke-on-Trent in Staffordshire, England, has offered guidance to schools regarding Muslim students who partake of the daytime fast covering both food and drink. Believe it or not, its official recommendations are cribbed from Towards Greater Understanding, a brazenly Islamist document on “meeting the needs of Muslim pupils in state schools,” issued in 2007 by the increasingly radical Muslim Council of Britain. 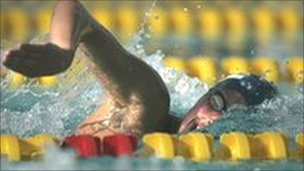 The swimming guidelines are aimed at "removing barriers to full participation"

The adopted Ramadan advice includes: no swimming lessons (“the potential for swallowing water is very high”), no sex education (Muslims must “avoid sexual thoughts”), rearrange tests (“preparing for exams and fasting may prove challenging”), ready “a larger area for daily prayers,” steer clear of parent meetings in the evening (“a very busy period for Muslim families”), and “build on this spirit” through “collective worship.” What, no canceling of music classes too? And rather than simply excusing Muslims from certain activities, the guide suggests depriving all students of swimming, sex ed, etc. so as not to make Muslims feel disadvantaged.

Such policies are wildly excessive, maddeningly disruptive to the routines of others, and thus unacceptable. IW cannot improve on the words of Terry Sanderson, president of the National Secular Society: “It is wrong that everyone in schools should be forced to observe Islamic laws when they may have no meaning for them.”

Second, Minnesota, which has witnessed numerous conflicts over Islam in the workplace, experienced another when the Council on American-Islamic Relations (CAIR) protested a policy banning food on the production floor at the Electrolux appliance plant in St. Cloud; it demanded that Muslims on the evening shift be able to enjoy a snack there immediately after sundown. The company soon buckled, allowing Muslims to leave their machines and eat in a separate area.

Title VII of the 1964 Civil Rights Act stipulates that “employers must reasonably accommodate employees’ sincerely held religious practices unless doing so would impose an undue hardship” on either the employers or other workers. The compromises in this case are not unreasonable. However, it is a shame that clumsy companies put themselves in positions where they are seen as bowing to CAIR, thus lending undeserved legitimacy to a terror-linked Islamist organization.

Finally, the NYPD will increase patrols of mosques this Ramadan due to fear of bias attacks. Robert Spencer wisely notes that while real threats must be combated vigorously, Islamist groups have a long record of exaggerating the prevalence of hate crimes in order to claim victim status. Indeed, CAIR recently embarrassed itself once more, postulating that a Georgia mosque might have been set ablaze because of anti-Muslim animus; police later arrested a Muslim suspect.

Question: will the NYPD also step up patrols of relevant locales during the Jewish and Christian holidays on which global jihadists often strike — or would that be Islamophobic?