By: Dan Weil -The Federal Reserve’s decision to expand its quantitative easing by purchasing more Treasuries is a dangerous one, says Keith McCullough, CEO of research firm Hedgeye. 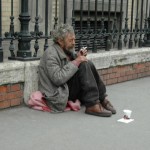 “That could lead the country to the brink of collapse,” he wrote in a Fortune magazine column.

McCullough agrees with economists Carmen Reinhart and Ken Rogoff, who recently wrote that government debt in excess of 90 percent of GDP pulls down economic growth.

“It’s a point from which it’s almost impossible to return,” McCullough wrote.

“Now, even our estimate for 2011 is still too high. There will be a downward bias to our U.S. growth estimates as long as debt-financed-deficit-spending continues to be the solution politicians and central bankers turn to as a fix to our financial crisis.”

Others have been critical of the Fed’s latest easing move too, comparing it to the Bank of Japan’s futile fight against deflation in 2001-06.

“I don’t think anyone in the market is fooled” by the distinction between Fed policy now and BOJ policy then, Stephen Stanley, a former Fed researcher who is now chief economist at Pierpont Securities, told Bloomberg.

“That is a problem, both substantively and also from a perception standpoint.”

In Case You Missed It:  Twitter cut its own throat in banning President Trump
Posted in Financial and tagged Economy, Recession.

The Ground Zero Mosque and The Obama Administration

Your Taxpayer Dollars At Work Posted by Dan McLaughlin Tuesday, August 10th at 8:41PM EDT The debate over the “Ground...