In 1963, Milton Friedman and Anna Schwartz wrote a seminal piece on the Great Depression (A Monetary History of the United States, 1867-1960), parts of which have become accepted wisdom in monetary policy and theory ever since. Friedman and Schwartz’s argument is that what turned a recession into a depression in the 1930s (where output dropped by 30% and unemployment rose to 25%) was a collapse of the money supply, as banks were forced to call in their inter-bank loans, creating a domino effect of collapsed banks and lost savings. 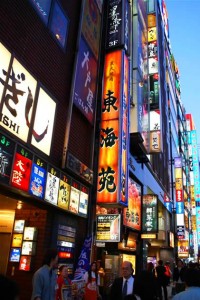 Tuesday’s policy announcement by the Federal Reserve can be understood as yet another nod to Friedman and Schwartz: “whatever happens, let’s keep the money supply from falling.” It is also, as I shall explain, yet more evidence that the US is going the way of Japan, meaning that it is entering into a protracted era of low economic growth.

First, the specifics of Tuesday’s statement on policy. As well as keeping policy interest rates at almost zero (0.25% to be exact), the Federal Reserve announced that it would be using income it gets from the mortgage securities that it bought off the banks to buy US government treasury bonds. Rather than getting cash in to cancel the debt owed to it (on the mortgage bonds it holds), the Fed will be using this money to buy other debt: government debt.

So as long as there are US treasury bonds for the Fed to buy, then there are mechanisms for stopping the money supply from falling, even while consumers rush to pay back their debts and cancel out their credit positions in the banking system.

This is all well and good: but let us be clear about one thing, this is not a real “stimulus”. It would only be a stimulus if, by doing this, the Fed was creating funds that were being invested in productive assets. Instead, these measures represent ongoing desperate attempts to keep the money supply from collapsing, in the hope that, at some point in the future, businesses (and consumers) will start to borrow and spend again. In times like these, when uncertainty is rife, when people are saving, not borrowing, low interest rates are, as Keynes said, nothing more that pushing on a string.

In other words, they don’t compel entrepreneurs to invest. Instead, Keynes argued that money should be created by government and spent on investment projects: a sort of combination of monetary mechanisms with fiscal policy.

As things stand, the US is rapidly beginning to look like Japan (a country that has as yet failed to recover properly form a property and stock market bubble that burst in 1990). Like Japan, the US appears to be stuck with a zombie banking system, ineffective monetary policy, an ever-rising national debt and persistently low economic growth.

And while, as Steven Hill’s Cif article argued, Japan looks healthy to our eyes, with low unemployment (5%) and an effective social security net, Japan has been on a long decline from almost no unemployment. It can only afford what it can now because when its bubble burst in 1990, the Japanese economy was in such good shape.

The US is already in bad shape: imagine what 20 years of economic sclerosis will do! Worse still, unlike Japan, the US has a growing population, which means that little or no growth is going to make the average American poorer. And finally, let’s not forget that low growth means low tax revenues, jeopardising ever more the possibility of the federal government being able to finance social spending aims.

But if this isn’t bad enough, what is most frightening is that it appears as if current monetary policies view Japanese-style economic sclerosis as the best outcome that can be hoped for. The US retail banks are poorly capitalised and unable to lend – but kept in the land of the living dead by a central bank that understands the costs (think of the great depression) of not doing so.

More to Ground Zero Mosque Name than Meets the Eye

By: B. Lopiccolo - First hearing about the Mosque at Ground Zero I noticed it Spanish sounding name  Cordoba.  The...