Canadian woman alleges an Islamic imam made threatening call to her after she spoke out against the Ground Zero mosque, the Canadian Muslim says she is being threatened.

Raheel Raza, a founding member of the Muslim Canadian Congress, calls the idea of a mosque within 300 metres of Ground Zero in New York “a deliberate provocation.” 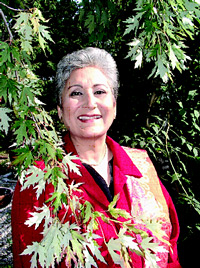 Last week, Raza joined Maureen Basnicki, a Canadian widow of 9/11 in attending a meeting about the mosque in New York City.

“They were very arrogant. They didn’t answer questions,” Raza told QMI Agency.
The meeting was hosted by Daisy Khan, the wife of the imam promoting the mosque and Sharif El Gamal, the man whose property firm owns the land the mosque is to be built on.

Raza says she asked questions about who was financing the building, estimated to cost $100 million, and whether any of the money would come from countries other than the U.S.

There has been speculation that the mosque is being funded through Saudi Arabian sources, but at the Manhattan meeting Raza said there were no answers.

On Monday, back in Toronto, Raza says she received a call from a man who identified himself as Sharif El Gamal. “His tone was intimidating,” said Raza. “He accused me of ‘jumping into’ the meeting he called and then said ‘May Allah protect you.’ I was shocked and hung up.”

Raza says El Gamal’s tone was threatening and she took the phone call as a clear threat against her and not as some claim, a casual phrase meaning goodbye.

“Why would I need Allah’s protection?” asked Raza.

Contacted at his New York office, El Gamal initially didn’t have much to say.

I’m confused by your phone call,” he said before hanging up.

Contacted a second time he said, “There was no phone call made by anybody” before again hanging up.

Raza insists there was a call, “I saved the number on my cell.” The number on Raza’s cellphone matches that of El Gamal’s Soho Properties offices in New York.

The proposal to build a mosque so close to Ground Zero has become a hot political topic in the U.S.

Obama gave a speech at a dinner to mark the Muslim holy month of Ramadan, his speech seemed to indicate support for the mosque.

On Saturday, amid a storm of criticism, Obama said he would not comment on the wisdom of building the mosque in that location, only that Muslims have a right to build if there are no local zoning laws stopping it.

Basnicki told QMI Agency she originally had an open mind about the mosque being built so close to the site of the 9/11 attacks, now she is against it.

Speaking with QMI Agency from her home in Collingwood, Ont., Basnicki says people might be afraid to speak out for fear of being branded as bigoted, but to her the location is insensitive and she’d like to see it move.

A CNN/Gallup poll said 68% of Americans oppose the mosque location while 29% support it.

By: Dan Weil Many economists are worried about the possibility of a double-dip recession, but former Bank of England official...