WASHINGTON (AP) – Nearly half of the 1.3 million homeowners who enrolled in the Obama administration’s flagship mortgage-relief program have fallen out. 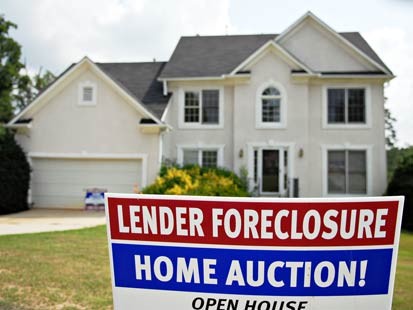 The program is intended to help those at risk of foreclosure by lowering their monthly mortgage payments. Friday’s report from the Treasury Department suggests the $75 billion government effort is failing to slow the tide of foreclosures in the United States, economists say.

More than 2.3 million homes have fallen into foreclosure since the recession began in December 2007, according to foreclosure listing service RealtyTrac Inc. Economists expect the number of foreclosures to grow well into next year.

“The government program as currently structured is petering out. It is taking in fewer homeowners, more are dropping out and fewer people are ending up in permanent modifications,” said Mark Zandi, chief economist at Moody’s Analytics.

Besides forcing people from their homes, foreclosures and distressed home sales have pushed down on home values and crippled the broader housing industry. They have made it difficult for homebuilders to compete with the depressed prices and discouraged potential sellers from putting their homes on the market.

Approximately 630,000 people who had tried to get their monthly mortgage payments lowered through the government program have been cut loose through July, according to the Treasury report. That’s about 48 percent of the those who had enrolled since March 2009. And it is up from more than 40 percent through June.

Another 421,804, or roughly 32 percent of those who started the program, have received permanent loan modifications and are making their payments on time.

RealtyTrac reported that the number of U.S. homes lost to foreclosure surged in July to 92,858 properties, up 9 percent from June. The pace of repossessions has been increasing and the nation is now on track to having more than 1 million homes lost to foreclosure by the end of the year. That would eclipse the more than 900,000 homes repossessed in 2009, the firm says.

Lenders have historically taken over about 100,000 homes a year, according to RealtyTrac.

Zandi said the government effort will likely end up helping only about 500,000 homeowners lower their monthly payments on a permanent basis. That’s a small percentage of the number of people who have already lost their homes to foreclosure or distressed sales like short sales—when lenders let homeowners sell for less than they owe on their mortgages.

Zandi predicts another 1.5 million foreclosures or short sales in 2011.

“We still have a lot more foreclosures to come and further home price declines,” Zandi said. He said home prices, which have already fallen 30 percent since the peak of the housing boom, would drop by another 5 percent by next spring.

Many borrowers have complained that the government program is a bureaucratic nightmare. They say banks often lose their documents and then claim borrowers did not send back the necessary paperwork.

The banking industry said borrowers weren’t sending back their paperwork. They also have accused the Obama administration of initially pressuring them to sign up borrowers without insisting first on proof of their income. When banks later moved to collect the information, many troubled homeowners were disqualified or dropped out.

Obama officials dispute that they pressured banks. They have defended the program, saying lenders are making more significant cuts to borrowers’ monthly payments than before the program was launched. And some of the largest mortgage companies in the program have offered alternative programs to those who fell out.

Homeowners who qualify can receive an interest rate as low as 2 percent for five years and a longer repayment period. Those who have successfully navigated the program to reach permanent modifications have seen their monthly payments cut on average by about $500.

Homeowners first receive temporary modifications and those are supposed to become permanent after borrowers make three payments on time and complete all the required paperwork. That includes proof of income and a letter explaining the reason for their troubles. But in practice, the process has taken far longer.

The more than 100 participating mortgage companies get taxpayer incentives to reduce payments. As of mid-June only $490 million had been spent out of a potential $75 billion the government has made available to help stem the wave of foreclosures.

In Case You Missed It:  In Massive Case of Marxist like Censorship, Google suspends Parler from app store
Posted in Financial, Tyranny and tagged Foreclosures, Obama.