One of the most stubborn factoids of our time is the myth that the massacre at Srebrenica in 1995 during the Bosnian civil war was solely about the killing of innocent Muslims by vicious racist genocidal Serbs. It is a relic of the coordinated media message put out at the time, which demonized the Serbs as cruel oppressors and ignored any atrocities of equal or greater magnitude by other parties to the conflict. 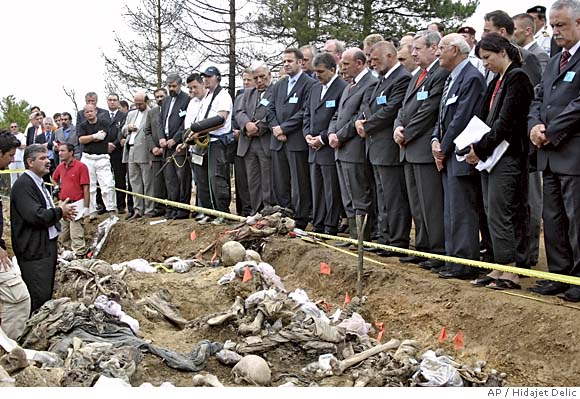 Now Sarah Palin has strolled into this minefield, perhaps inadvertently. Srdja Trifkovic has written an article at the Lord Byron Foundation for Balkan Studies taking Ms. Palin to task for her ill-considered words about the Bosnian Serbs during a discussion of the Ground Zero mosque:

Arguing against the building of an Islamic shrine near New York’s Ground Zero, former U.S. vice-presidential candidate Sarah Palin linked the mosque project to “building a Serbian Orthodox church at Srebrenica killing fields where Muslims were slaughtered.” Mrs. Palin is right to oppose the Ground Zero mosque. It is unacceptable, and detrimental to her cause, to invoke false parallels in the process, based on events of which she knows but very little. 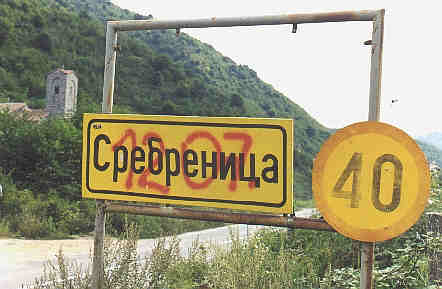 Mrs. Palin’s metaphor was misguided and deeply insulting to Orthodox Christians. It creates a totally false analogy between an act of brutal Islamist terror which killed three thousand innocent American civilians, and a war crime — resulting from the complex events of a three-sided civil war in Bosnia — in which the victims were, overwhelmingly, men who had previously taken an active part in that same civil war.

It implies, falsely, that the Muslims were the only victims of the tragic events at Srebrenica. In reality, throughout the war period 1992—1995, Serbian villages around Srebrenica were subjected to widespread, systematic attacks and destruction by the Muslim military forces concentrated within the Srebrenica enclave. The attacks were indiscriminate and they targeted Serbs as such. The victims were peaceful peasants, whose only fault was that they were Serbian Orthodox Christians.

The original “killing fields” in the region of Srebrenica do not date from 1995, but from 1941-45. The Serbs in that same area had been subjected to genocide during World War II not only by the Nazis but also by the Croatian Ustaša “Black Legion” (in the spring of 1942) and by the Muslim 13th SS “Hanjar” Division in 1944.

WASHINGTON (AP) - Nearly half of the 1.3 million homeowners who enrolled in the Obama administration's flagship mortgage-relief program have...