By: David A. Patten 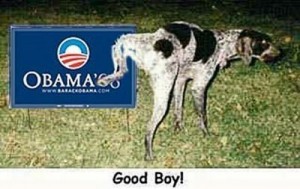 Beck’s no-holds-barred assessment of the Obama administration’s ethics comes as he is promoting an Aug. 28 celebration at the Lincoln Memorial called Restoring Honor.

Kyl said he asked Obama to secure the U.S.-Mexico border, but the president refused because it would reduce Republicans’ incentive to compromise on immigration reform. The White House denied Kyl’s account, but former Colorado Rep. Tom Tancredo wrote in op-ed column that Obama’s stance “constitutes an impeachable offense.”

Asked if he agrees with Tancredo, Beck replies “I’ll leave that up to them.”

But he goes on to say: “If the story is ever told, if the journalists ever decide to regain their soul to their journalist god – whoever that is, Walter Lippmann or I don’t know who – if they ever care to redeem their soul, and actually look into the corruption and things that are going on in this administration, this administration will be exposed as the most corrupt of all time.”

The Fox News luminary added that former President George W. Bush also failed in his duty to secure the border.

Beck spoke at length about Restoring Honor, described as a non-political effort to re-establish the values expressed when the nation was created.

“Trying to restore our country,” Beck explains, “it’s impossible to do it if we don’t have honor.”

According to the GlennBeck.com/828 website, the Restoring Honor celebration will pay tribute to America’s military personnel for their embodiment of the virtue of honor.

The event is free, and all proceeds raised will go to the Special Operations Warrior Foundation, which awards scholarships to the children of special-operations personnel who die in combat or training.

In the interview, Beck points to a recent Gallup poll that shows the 76 percent of Americans have a great deal of confidence in the U.S. military – much higher than the public has in any other institution.

Controversy seems to follow Beck around wherever he goes these days, so it’s no surprise his foes on the left are planning to hold a demonstration against his Restoring Honor rally. How could an event supporting U.S. war heroes and their families possibly be controversial?

Well, it turns out Aug. 28 happens to be the 47th anniversary of the day Martin Luther King Jr. delivered his historic “I Have a Dream” speech, which also was delivered from the steps of the Lincoln Memorial. Beck says the choice of dates was accidental. But a smattering of protesters say they’ll also be there on the Mall.

Beck opens up in the interview about the key role faith has played in securing the nation’s future. Helping Americans rediscover their true identity, and their most cherished beliefs, is even more important than influencing political outcomes, he says.

“It’s going to get very, very bumpy. We’re not at the bottom yet. However, there’s one way to make it a lot easier. That is, for us to be the people we truly are, not the people that we’ve allowed ourselves to become. To reconnect with those inner virtues and values within ourselves.

“We do it naturally at the time of trouble, we did it on 9/12,” he adds. “That’s who we naturally are. Now let’s master that to be able to be that way without the crisis, so we can logically think our way out of the trouble that we’re in.”

The Fox News host and perennial best-selling author also describes Sarah Palin’s role in the event. “She’s going to be introducing some of the heroes who will be on stage … amazing, amazing military people,” he says. “She’ll be introducing them, and talking about the honor and integrity of our military.”

Other speakers scheduled to appear at Restoring Honor include Marcus Luttrell, former Navy Seal and author of the best-selling “Lone Survivor”; and Alveda King, the niece of Martin Luther King Jr. Country music artist Jo Dee Messina is expected to perform as well.

During the exclusive interview, Beck reserves his toughest critique for the current administration.

Asked whether a court decision granting the administration the authority require people to buy health insurance would lead to tyranny, Beck says, “Totally. I mean, we’re there. If they can do this … It’s unconstitutional.”

Beck says he won’t try to predict how the courts might rule on the state-level challenge to healthcare reform’s individual mandate. But he insists his track record for making predictions has been pretty good.

“I said, ‘You don’t understand this: They don’t care. Progressives don’t care. They’re not playing on the same rulebook.

“And now you’ve taken progressives and added revolutionary right next to them. The game is entirely different. So, predictions: Think the unthinkable,” Beck says.

“What you thought couldn’t happen a year ago, has. What you think can’t happen next year, could.”

In Case You Missed It:  They’re On the Other Side: GOP Totally Ignores AZ Forensic Audit that Found State of Arizona NEVER Should Have Been Certified
Posted in Tyranny and tagged Crime, Obama.

The Persistent Myth of Srebrenica

One of the most stubborn factoids of our time is the myth that the massacre at Srebrenica in 1995 during...