Western intelligence and Persian Gulf sources report that on August 30, Hizballah put its forces on a state of war alert and issued a partial call-up of reservists. According to military sources, Hizballah appears to be preparing a major attack on Israel straight after the ceremonial start of Israeli-Palestinian peace talks in Washington Thursday Sept. 2. A second target date is the Jewish New Year festival starting on Sept. 8. The pressure from Tehran for the Lebanese Shiite terrorists to strike Israel has intensified in the wake of the example the Palestinian Hamas gave Tuesday night Aug. 31 in the drive-by murder of four Israeli civilians on a road near Hebron. 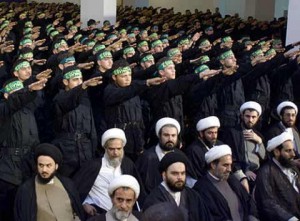 A large-scale attack appears to be in the works judging by the heavy influx of armed Hizballah units to southern Lebanon in the last few days. Our military sources report that they include special units trained especially for deep-strike incursions into northern Israel in response to Israeli counter-attacks.

Our intelligence sources report that the Iranian al Qods commander of Tehran’s networks and surrogates in Iraq, the Gaza Strip and the Palestinian Authority has spent the last ten days in Damascus. He arrived there on August 19 in the party of Gen. Mohammad Ali Jafari, Revolutionary Guards (IRGC) chief and stayed on after his boss left the Syrian capital, apparently assigned to oversee an important terrorist or military operation against Israel.

Hizballah’s own direct commander on behalf of the IRGC, Hassan Mahdavi is reported by Western intelligence sources monitoring events in Lebanon as leaning hard on Hezbollah’s secretary-general Hassan Nasrallah to strike IDF forces within a few days in response to US sponsorship of direct Israeli-Palestinian talks. The terrorist chief is reported to be on the verge of a decision about what target to attack and when.

Reluctant to leave the field to the Palestinian Hamas, Nasrallah is additionally badgered by a flock of IRGC officers visiting Beirut and trying to persuade Lebanese Parliament Speaker Nabih Beri to allow his rival Shiite Amal organization to join Hizballah for the first time in a strike against Israel. They want all the Shiite streams in Lebanon to show the flag in unison as a gesture of welcome in advance of Iranian President Mahmoud Ahmadinejad’s forthcoming state visit to Lebanon.

The date of his visit is a closely-kept secret both by Tehran and Beirut. Sources disclose that it is scheduled for Sept. 10-12 when Israel is celebrating Rosh Hashana

In Case You Missed It:  Boulder Shooter is ISIS Sympathizer, Living Leftists Manifestation of the Effects of Leftism
Posted in Israel, Terrorism and tagged Hezbollah, Iran, Islam, Israel, Terrorism.