Berlin– Chancellor Angela Merkel has weighed in on Germany’s fierce immigration debate, acknowledging in an interview released Saturday that fervently religious Muslim youths tended to be more violent than others. 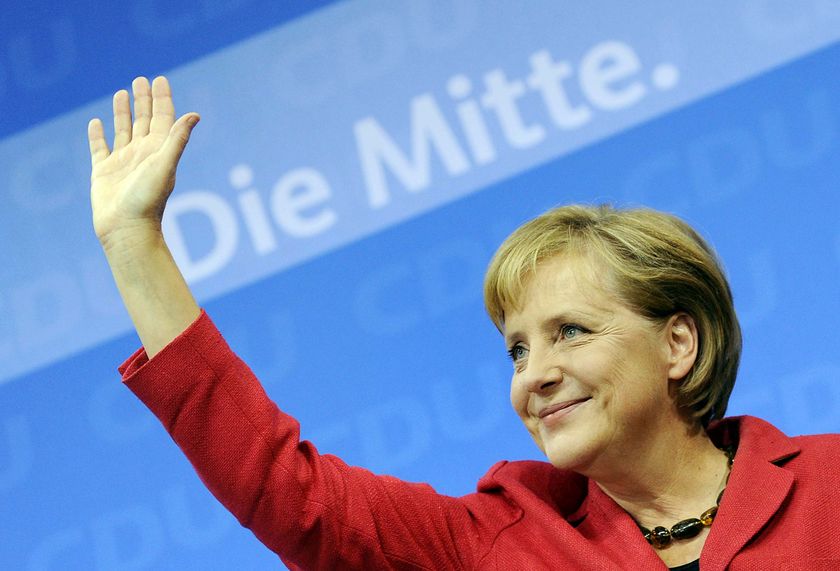 ‘This is a big problem and we can talk about it openly, without arousing suspicions of xenophobia,’ Merkel said in the interview Bild am Sonntag newspaper, which is to be published Sunday.

Her comments came after central banker Thilo Sarrazin sparked outrage and debate with claims in his new book that Muslim immigrants are lowering German intelligence and harming society more than they contributed.

Merkel said it was important not to associate violence with a particular religion.

‘Our state is making many offers, but the main responsibility lies with the parents, and cannot be taken on by schools or the state,’ Merkel added.

Sarrazin, a member of the Social Democratic Party (SPD) received partial backing from party leader Sigmar Gabriel, who said there was an element of truth in his book, entitled Germany Abolishes Itself.

‘I think we are experiencing much of what he is describing in (the book). There is no question,’ Gabriel said. However he did not share Sarrazin’s thesis that Muslim integration problems resulted from genetic predispositions.

The SPD has initiated procedures to evict Sarrazin from the party, while the central bank has asked President Christian Wulff to approve his dismissal from the bank’s board.

Merkel said it was crucial to maintain law and order in violent city districts with high migrant populations. She said one solution would be to hire more civil servants with a foreign background.

‘It would surely help if we had more migrants in the police, youth welfare offices and other authorities,’ Merkel told Bild.

A senior Iranian cleric has dismissed the Nazi Holocaust during World War II as a 'superstition' created by the West....