The eurozone debt crisis is about to enter a critical phase as governments prepare to step up borrowing in the capital markets to fund their faltering economies. 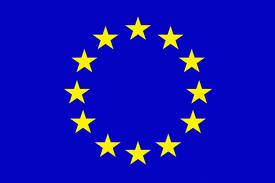 Some strategists are warning that some of the weaker economies could fail to raise the amount of money they need as eurozone governments attempt to issue double the amount of debt this month compared with August.

Spain, Portugal and Ireland , so-called peripheral eurozone economies, are considered most in danger of being shunned by investors as worries persist over the health of their banks and economies. Greece is no longer a concern because it has emergency loans to cover its funding for the next two years.

Padhraic Garvey, head of rates strategy for developed markets at ING Financial Markets, said: “We are heading into a critical period as the chances rise that a government may fail to raise the money it needs.

Some strategists say the return of most investors from holidays this week could increase volatility in these markets because many have put decisions on their portfolios on hold during the summer.

With most investors back at their desks, some could start selling peripheral debt in the coming weeks, particularly as the outlook for the global economy has deteriorated. In spite of some better than expected data out of the US last week, worries about a double-dip recession have increased.

But other strategists insist governments will have little difficulty in funding themselves, even if they have to pay higher premiums or yields to attract investors. They say countries such as Portugal and Ireland have already raised most of the money they need this year.

Government bond yields of the peripheral countries, however, may come under further selling pressure.

Yield spreads against Germany, the eurozone’s benchmark economy, could also widen. On Tuesday, Ireland saw the extra premium it has to pay over Germany jump to a record 356 basis points.

A double-dip recession would hit the economies of Spain, Portugal and Ireland particularly hard, although even core countries, such as France and Germany, could struggle to attract investors, say strategists.

In Case You Missed It:  Our Growing China Problem
Posted in Financial and tagged Europe, Financial, Recession.

Pakistan: Christians denied aid unless they convert to Islam

The head of an organization that combats anti-Christian persecution charges that some Pakistani Christian families are being denied flood aid...