Every day, federal, state and local governments stifle small businesses to privilege well-connected incumbent companies. It’s a system of protectionism for influential insiders who don’t want competition. Every locality has its share of business moguls who are cozy with politicians. Together, they use the power of government to keep competition down and prices high. 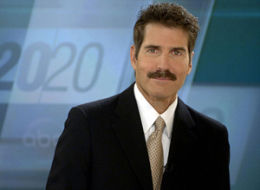 The Institute for Justice, a libertarian public-interest law firm, works to free entrepreneurs from such opportunity-killing regulations. Here are four cases from IJ’s files.

Case No. 1. The monks at St. Joseph Abbey had to take the state of Louisiana to federal court to defend their right to make money selling handmade caskets. That’s right: empty wooden boxes. But as soon as the monks started selling them, they were shocked to receive a cease-and-desist order from something called the Louisiana State Board of Funeral Directors. The funeral directors had managed to get their state to pass a law decreeing that only “licensed funeral directors” may sell “funeral merchandise” like caskets. To sell caskets legally, the monks would have to obtain a funeral director’s license. That required a year-long apprenticeship, passing a funeral industry
test and converting their monastery into a “funeral establishment” by installing embalming equipment, among other things.

The state board and the Louisiana Funeral Directors Association — the profession’s lobbyist — say the law is designed to protect consumers. But that’s what established businesses always say about absurd regulations they demand. An unusually candid funeral director told The Wall Street Journal, “They’re cutting into our profit.” Well, yes, free competition does do that. That’s the point.

Another funeral director said that the law must remain unchanged because casket-making is a complicated business: “A quarter of America is oversized. I don’t even know if the monks know how to make an oversized casket.” Does that even deserve a comment?

So the city’s public transit union used its political connections to regulate the vans to death: The politicians have decreed that vans may not drive routes used by city buses or provide service to a passenger unless it is prearranged by phone; and the vans must keep a passenger manifest on board and enter the name of everyone to be picked up.

“Government makes it easier to get on welfare than to grow my business,” Ricketts says.

Case No. 3. Melony Armstrong of Tupelo, Miss., wanted to expand her African hair-braiding business. But Mississippi bureaucrats told her that to teach workers how to braid she needed a full cosmetology license. That required 1,200 hours of classes. Next, she needed a cosmetology instructor’s license — 2,000 more hours.

The courses and license had little to do with her profession. They were simply barriers to entry favored by her competition. Fortunately, IJ won that case.

Case No. 4. Dennis Ballen has a bagel shop located far off the main roads in Redmond, Wash. He couldn’t afford to advertise on radio or TV, so he paid someone (typically unemployable people with quirky personalities) to stand on the road with a sign directing traffic to his store. It worked. The sign brought him two or three new customers a day.

Then Redmond police slapped him with a cease-and-desist order, warning he could face a year in jail or up to $5,000 in fines if he didn’t stop displaying the sign. Ballen estimates that he would lose at least $200 a day in business if he complied. He and IJ sued the city and won the right to employ the sign-holder.

It’s great that IJ and some determined entrepreneurs win a few victories for free enterprise. But in a country with a real free market, such lawsuits
would be unnecessary.

Posted in Financial and tagged Capitalism.

Augustin Cebada, Brown Berets; "Go back to Boston! Go back to Plymouth Rock, Pilgrims! Get out! We are the future....