COPENHAGEN – Denmark raised its terror alert level on Saturday, the ninth anniversary of the September 11 attacks on the United States, after a Muslim man set off a explosion in the Joergensen Hotel in Copenhagen on Friday. 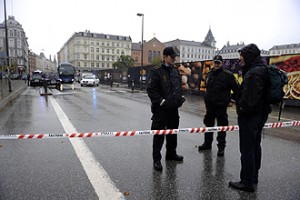 The Islamic man was detained by police at a nearby park early on Saturday with injuries to his face and arm from the blast. No one else was hurt.

“With an overall assessment of the information, we cannot rule out that preparation for something terror-related has occurred,” Chief Police Inspector Jorn Aabye told a news conference.

“The security service recommends a slightly higher preparedness,” he said. “It means that we at the police follow what we call “information preparedness,” that we sharpen our attention, that we make sure all colleagues are informed to the extent necessary in relation to the situation.”

“Of course our partners and other authorities do the same.”

Jakob Scharf, head of the Danish Security and Intelligence Service (PET), said in a statement “there are circumstances that point in the direction of an unsuccessful Islamic terror attack.”

PET did not elaborate and said it was too early to say if it was a case of Islamic terrorism or other kind of criminal activity.

PET said it could also not be ruled out that the man had accomplices. “Due to this, we have taken a number of measures to protect potential terror targets and to sharpen the police’s attention regarding suspect situations.”

The suspect, who remains in hospital, had chosen not to cooperate with the police and his identity is not yet known, Aabye said.

He said the suspect appeared to be European or North African and around 40 years old and spoke excellent English.

Police found a gun at the Hotel Jorgensen in central Copenhagen where the blast occurred in a cellar toilet on Friday, Aabye said. He declined to specify the type of gun.

After the explosion on Friday, police surrounded the suspect in Orsted Park and security personnel removed a bag wrapped around his waist with remote controlled cutting pliers.

A police spokesman said on Friday the bag probably did not contain explosives as it had not exploded when shot at. Aabye declined on Saturday to say what had been in the bag, and also what had else had been found at the hotel so far.

The hotel, which was evacuated, and the park remained sealed off on Saturday as police continued searching for explosives and other evidence.

In Case You Missed It:  Boulder Shooter is ISIS Sympathizer, Living Leftists Manifestation of the Effects of Leftism
Posted in Terrorism and tagged Denmark, Europe, Islam, Terrorism.

They Proved the Point, Islam is Not Peace

When military commanders, politicians and religious leaders from around the world rush to microphones to condemn an obscure little preacher...