A Democratic lawmaker signed onto a Republican petition to repeal healthcare reform. 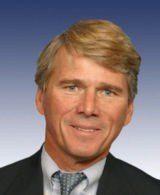 Taylor is the first Democrat to sign onto the petition, a reflection of the tough electoral climate facing Democrats this fall, especially over healthcare reform.

Taylor had voted against the bill on final passage, along with 34 other Democrats.

In Case You Missed It:  ANALYSIS: Covid vaccine deaths likely to strike 2 Democrats for every 1 Republican... Dems could lose tens of millions of voters before 2024 elections
Posted in Freedoms and tagged Democrats, Health Care Reform, Healthcare.