Amir Taheri– Should there be a mosque near Ground Zero? In fact, what is pro posed is not a mosque — nor even an “Islamic cultural center.” 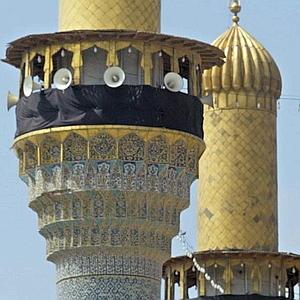 In Islam, every structure linked to the faith and its rituals has a precise function and character. A mosque is a one-story gallery built around an atrium with a mihrab (a niche pointing to Mecca) and one, or in the case of Shiites two, minarets.

Other Islamic structures, such as harams, zawiyyahs, husseinyiahs and takiyahs, also obey strict architectural rules. Yet the building used for spreading the faith is known as Dar al-Tabligh, or House of Proselytizing.

This 13-story multifunctional structure couldn’t be any of the above.

Islam is a religion, not a culture. Each of the 57 Muslim-majority nations has its own distinct culture — and the Bengali culture has little in common with the Nigerian. Then, too, most of those countries have their own cultural offices in the US, especially in New York.

Islam is an ingredient in dozens of cultures, not a culture on its own.

In theory, at least, the culture of American Muslims should be American. Of course, this being America, each ethnic community has its distinct cultural memories — the Iranians in Los Angeles are different from the Arabs in Dearborn.

In fact, the proposed structure is known in Islamic history as a rabat — literally a connector. The first rabat appeared at the time of the Prophet.

The Prophet imposed his rule on parts of Arabia through a series of ghazvas, or razzias (the origin of the English word “raid”). The ghazva was designed to terrorize the infidels, convince them that their civilization was doomed and force them to submit to Islamic rule. Those who participated in the ghazva were known as the ghazis, or raiders.

After each ghazva, the Prophet ordered the creation of a rabat — or a point of contact at the heart of the infidel territory raided. The rabat consisted of an area for prayer, a section for the raiders to eat and rest and facilities to train and prepare for future razzias. Later Muslim rulers used the tactic of ghazva to conquer territory in the Persian and Byzantine empires. After each raid, they built a rabat to prepare for the next razzia.

It is no coincidence that Islamists routinely use the term ghazva to describe the 9/11 attacks against New York and Washington. The terrorists who carried out the attack are referred to as ghazis or shahids (martyrs).

Thus, building a rabat close to Ground Zero would be in accordance with a tradition started by the Prophet. To all those who believe and hope that the 9/11 ghazva would lead to the destruction of the American “Great Satan,” this would be of great symbolic value.

Faced with the anger of New Yorkers, the promoters of the project have started calling it the Cordoba House, echoing President Obama’s assertion that it would be used to propagate “moderate” Islam.

The argument is that Cordoba, in southern Spain, was a city where followers of Islam, Christianity and Judaism lived together in peace and produced literature and philosophy.

In fact, Cordoba’s history is full of stories of oppression and massacre, prompted by religious fanaticism. It is true that the Muslim rulers of Cordoba didn’t force their Christian and Jewish subjects to accept Islam. However, non-Muslims could keep their faith and enjoy state protection only as dhimmis (bonded ones) by paying a poll tax in a system of religious apartheid.

A rabat in the heart of Manhattan would be of great symbolic value to those who want a high-profile, “in your face” projection of Islam in the infidel West.

This thirst for visibility is translated into increasingly provocative forms of hijab, notably the niqab (mask) and the burqa. The same quest mobilized hundreds of Muslims in Paris the other day to close a whole street so that they could have a Ramadan prayer in the middle of the rush hour.

One of those taking part in the demonstration told French radio that the aim was to “show we are here.” “You used to be in our capitals for centuries,” he said. “Now, it is our turn to be in the heart of your cities.”

Before deciding whether to support or oppose the “Cordoba” project, New Yorkers should consider what it is that they would be buying.

Sonora, Mexico is angry at the influx of Mexicans into Mexico.

The shoe is on the other foot and Mexicans from the State of Sonora, Mexico don't like it. The State...