Distressed homeowners looking for a way out of their mortgage that doesn’t involve foreclosure may find relief is on the way from a new bill introduced in the U.S. House. 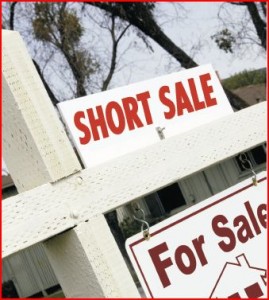 The legislation would impose a deadline on lenders to respond to short sale requests, requiring them to return an answer to the borrower within 45 days.

Lenders have taken a lot of heat for the elongated time-lines it takes to get an approval on a short sale proposal.

“I have heard from many short sellers in Florida whose potential home-buyers have walked away because they couldn’t get a ‘yes’ or ‘no’ from their lenders,” Rep. Rooney said. “This bill would spur growth in the housing market by helping sellers and buyers complete short sales quickly.”

The number of potential short sale properties is rising across the country. According to data from the National Association of Realtors (NAR), in the second quarter of

2010, Nevada, California, Florida, and Arizona are states where significant shares of all properties on the market are potential short sales: 32 percent, 28 percent, 27 percent, and 24 percent, respectively.

NAR President Vicki Cox Golder, owner of Vicki L. Cox & Associates in Tucson, Arizona, says her organization and REALTORS(R) across the country strongly support the Andrews-Rooney bill, and are urging Congress to pass the legislation quickly.

“Unfortunately, homeowners who need to execute a short sale are severely hampered because lenders (loan servicers) are unable to decide whether to approve a short sale within a reasonable amount of time,” Golder said.

“Potential home-buyers are walking away from purchasing short sale property because the lender has taken many months and still not responded. Many consumers have mentioned that the delay in short sale price approval exceeds 90 days, and in many cases never arrives,” Golder said.

According to Rep. Rooney, the lending community has worked to improve the size and training of their workforce that handles short sales, but “progress has been extremely slow,” he says.

Rooney argues that for homeowners who owe more than their home is worth and are in real danger of losing their home, the short sale can help relieve them of the overwhelming financial burden of their mortgage.

Golder agrees. “NAR believes that quicker attention to the short sales process is vital to help homeowners who are underwater and their communities, as well as the nation’s economy,” she said.

Amir Taheri- Should there be a mosque near Ground Zero? In fact, what is pro posed is not a mosque...