UNITED NATIONS— The US delegation walked out of Iranian President Mahmoud Ahmadinejad’s Thursday speech to the UN General Assembly after he said some in the world have speculated that the Americans were actually behind the Sept. 11 terror attacks, staged in an attempt to assure Israel’s survival. 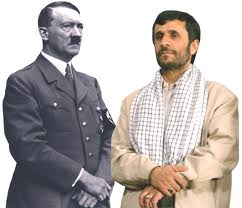 Ahmadinejad criticized the US wars in Iraq and Afghanistan which he said had killed more than a hundred thousand people while the Sept. 11 attacks reportedly were responsible for the deaths of only 3000.

The Iranian leader spoke of threats to burn the Koran by US religious groups, calling that an act of “evil.” He held up a copy of the Muslim holy book, saying “the truth cannot be burned.”

The Iranian president went on to attack Israel, stating that the “horrible crimes” of the “Zionist Regime” are largely responsible for the world’s woes.

He spoke specifically about the May 31 Israeli raid of the Gaza-bound flotilla ship the Mavi Marmara, calling it a “blatant defiance of international law.”

Ahmadinejad spoke about nuclear energy as a “heavenly gift” that could potentially end the world’s dependence on fossil fuels which are harmful to the environment.

Some members of the Security Council have “equated nuclear energy with nuclear bombs,” Ahmadinejad said.

He accused the United States of building up its nuclear arsenal instead of dismantling it and reiterated his call for a nuclear-free world.

“The nuclear bomb is the worst inhumane weapon and which must totally be eliminated. The NPT (Nonproliferation Treaty) prohibits its development and stockpiling and calls for nuclear disarmament,” the Iranian president said.

Mark Kornblau, spokesman of the US Mission to the UN, issued a statement within moments of Ahmadinejad’s speech.

“Rather than representing the aspirations and goodwill of the Iranian people,” he said, “Mr. Ahmadinejad has yet again chosen to spout vile conspiracy theories and anti-Semitic slurs that are as abhorrent and delusional as they are predictable

In Case You Missed It:  Boulder Shooter is ISIS Sympathizer, Living Leftists Manifestation of the Effects of Leftism
Posted in Israel, Terrorism and tagged Ahmadinejad, Iran, United Nations.

Obamacare is even worse than critics thought