MURMANSK – The No. 3 reactor block of the embattled Kola Nuclear Power Plant was shut down today by its automatic switch off in what is a seeming series of more and more incidents at the Kola, and well as other Russian NPPs. 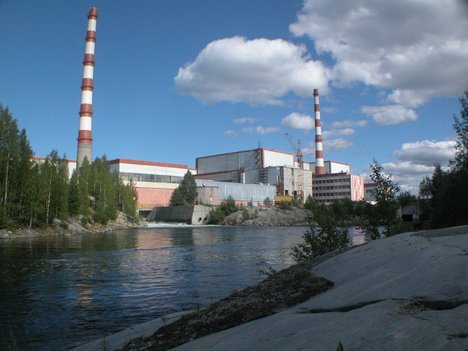 In a release on Kola NPP’s website, operators said that, “at 1:38 am on September 28, the automatic protection switch of the No. 3 reactor block shut the unit down as a result of a malfunction in one of the elements in the system responsible for pressure control in the first compartment. The reason for the malfunction is being ascertained.”

Kola NPP’s history of reactor shutdowns and extended operational periods granted to its reactors by Russian nuclear authorities have in recent years become a major worry for the Russian environmentalists and their counterparts in Northern Europe. Adding to these anxieties is the mumbling commentary on these events supplied by the the plant’s operators. This newest incident is no exeption to the apparent gag rule that may be hiding deeper malfunctions at Kola NPP, and will serve only to crystalize fears of a possible catastorphe.

Despite the fact that the current incident has been preliminarily classified as a zero on the International Nuclear Event Scale (INES) – whose seven point scale rates the severity of mishap from minor anomalies to major accidents – the Kola NPP refused to explain in plain terms what happened when contacted by Bellona Web.

As the triggering of emergency shut down systems is always considered to be a serious incident, Alexander Nikitin, director of the Environmetal Rights Centre Bellona, Bellona’s St. Petersburg office, commented on the situation.

“The pressure compensation system is one of the most important systems that guarantees the safe functioning of the reactor,” said Nikitin. “That this system malfunctioned, and that the redundant system failed, point only to the fact that the elemental base of the automatic systems at Kola NPP are not very reliable.”

At present, Kola NPPs No.1 and No. 4 reactors – which carry a total 900 megawatt load – are undergoing repairs.

“There is no damage to the boundaries or the conditions of safe operation for the reactors,” said Kola NPP’s web site. “Radiation conditions in the region of the Kola nuclear power plant and in the 30 kilometre zone of observation surrounding the plant show no departure for natural (radiation) background levels,” the site reported.
Kola’s No. 3 reactor

This is far from the first incident at Kola NPPs reactor No. 3 over the last three months. In July, emergency systems shut down transformers and unplugged them from the turbo-generator network of the reactor. The automatic emergency shutdown worked as a result of power line outages resulting from storms in the Karelia region of Northwest Russia, south of Murmansk. This was what was reported by Kola NPP’s website.

On July 15 at 10:50 am, the No. 3 reactor was plugged back into the grid – but by 7:34 pm, when the automatic shutdown switch for the turbine plant for vacuum decrease was activated. Again, the Kola NPP web site confidently reported that the reason for the incident was “being ascertained.”

Now a new incident has occurred and again the official refrain is that the “reasons for the incident are being ascertained,” which is, as per usual, not followed by any information about why the incident occurred.

Kola NPP’s No. 3 reactor is a VVER-213 reactor designed in the 70s, which came online in March of 1981. The 30-year engineered life expectancy of the reactor will run out in less than three six months. However, at present, officials are working to extend the engineered lifespan of Kola NPP’s ailing No. 3 and No. 4 reactors by 25 years.

Bellona asserts that both reactors should be decommissioned at precisely the moment their engineered lifespan runs out. For reactor No. 3, that would mean 2011, and No. 4, 2012. Taking reactors out of service is a very long process demanding the formation of special funding pools aimed at the dismantlement of Kola NPP’s reactors No. 1 and No. 2 – which have already exceeded their engineered lifespan – and then No. 3 and No. 4.

Bellona, along with the other most authoritative environmental organisations in the region, insist that the continued function of the old reactors is court disaster, and the majority of the local populaton shares in the fear, according to polls.

Some 70 to 80 percent of Russia’s population does not wish to live near nuclear power plants, as well as the construction of new ones, according to independent polls. And fully 85 percent of the Murmansk Region’s population has a negative opinion of extending the engineered operational lifespans of the Kola NPP’s reactors.