The U.S. Postal Service has cut back on spending by $10 billion since 2008, but it’s still nearly out of money. The Washington Post reports that in advance of the USPS’ announcement Thursday of recent postal,service,broke,rate,increase losses totaling billions of dollars, the agency is banking on a 5.6 percent increase in postal rates to help its bottom line. 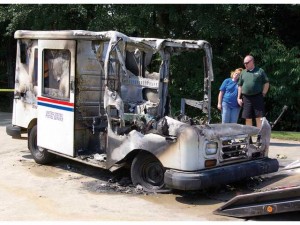 Postmaster General John E. Potter said earlier this year that “we are perilously close to running out of cash in October,” and the mail service’s request to delay a $5.6 billion payment for retiree health benefits was denied.

The Postal Service does not want to make the tough decisions, which include cuts in personnel, pay and benefits,” Rep. Darrell Issa, R-Calif., told the Post. Instead, they are relying on a generous taxpayer bailout that will not solve any of their mid- or long-term problems.”

California is in serious trouble because many people refuse to admit to one of there big problems - the flight...