WASHINGTON (AFP) – The US State Department will soon issue a new travel warning to Americans in Europe after intelligence suggested an Islamic Al-Qaeda attack could be imminent. 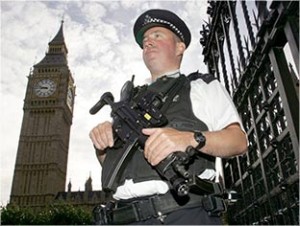 Citing a senior US intelligence official, said the announcement would be made as early as Sunday, and would warn Americans to avoid European tourist attractions and transportation hubs due to threats from Islamic radicals.

The State Department refused to confirm or deny the report, but a US government official told AFP it would take “further actions as appropriate.”

“We have been and continue to be focused on Al-Qaeda and other Islamic groups interest in attacking us, our allies and our interests. We will spare no effort to thwart Islamic terrorists’ plans, and will take further actions as appropriate,” the official said.

Earlier this week, Western intelligence agencies said they had uncovered an Al-Qaeda plot to launch simultaneous attacks in London and in cities in France and Germany by Islamic Pakistan-based Muslim extremists.

“The threat is very real,” a security official based in Europe told AFP Wednesday.

The official, speaking on condition of anonymity, explained that orders had been given at the highest level of Al-Qaeda to punish Europe, and France in particular for offending Islam.

In Case You Missed It:  Get Ready for the Economic Collapse
Posted in Terrorism and tagged al-Qaida, Europe, France, Germany, Islam, Terrorism, United Kingdom.

WASHINGTON – Bank of America is delaying foreclosures in 23 states as it examines whether it rushed the foreclosure process...