242 jihadists, 31 attacks, 28 networks. After examining militant Islamism in Europe, researchers have found that self-recruitment is on the rise among terrorist leader Osama bin Laden’s Eurofighters, and that there is no such thing as a standard Muslim terrorist. 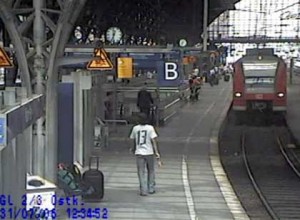 Dutch researchers Edwin Bakker and Teije Hidde Donker had an ambitious goal in mind when they wrote: “We must find out who the jihadists are, where they come from and what they look like.” Although they were not able to answer that question in its entirety, their study, “Jihadi Terrorists in Europe,” does offer plenty of fascinating results.

They researched the stories of 242 Islamic people who, between 2001 and 2006, were organized in 28 networks, planned 31 attacks and, in some cases, executed or allegedly executed these attacks. (Some are still considered presumed terrorists because their cases are still pending.) The list includes little known plots, such as the attempt to attack the Spanish Supreme Court in 2004, as well as prominent terrorist attacks, including the murder of Dutch filmmaker Theo van Gogh in 2004 and the 2005 London bus and subway bombings.

One of the most important findings of the Dutch study is that there are no standard jihadists, but all Muslim. According to the researchers, the 28 networks they identified differ considerably from one another with the exception of their religion. In some cases, authorities were dealing with individual attackers, whereas more than 30 people were involved in the 2004 bombings of trains in Madrid. The data also cover a wide range when it comes to the attackers’ ages. The youngest was 16 and the oldest 59, which makes the average age of 27.3 years not especially meaningful.

Internally, however, the cells are surprisingly homogeneous. Pakistanis generally get together with Pakistanis, Moroccans with Moroccans and — as in the case of — Lebanese with Lebanese. Most jihadists are men. Only five women appear in the study.

There are also few differences when it comes to goals and methods. Transportation systems were by far the most common targets, and in many cases explosives were the weapons of choice. The choice of specific targets was consistently perfidious: the plans were directed exclusively against civilian facilities or civilians themselves. Of the 242 jihadists, 11 were suicide bombers — and they were the ones who committed the most devastating attacks.

Great Britain and the Netherlands have proven to be at the greatest risk during the period studied, with 12 of the networks operating in Great Britain, seven in the Netherlands, four in France and three each in Spain and Belgium.

Searching for a profile

By far the most interesting aspect of Bakker’s and Hidde Donker’s study is their analysis of the origins and radicalization of the Muslim attackers and presumed terrorists.

A total of 29 nationalities are represented, but there are clear clusters. The 55 Algerians in the study make up almost one-fourth of the entire sample. Together with other North Africans, they account for more than half of those studied. They were most likely to be active in those countries where many of their countrymen had settled: France, Spain and Belgium.

The second largest group consisted of 24 attackers of Pakistani ethnic origin whose attacks were planned primarily for Great Britain.

The Dutch data are even more meaningful when compared with a study by US researcher Marc Sagemann, who presented a similar analysis of international terrorists with ties to al-Qaida in 2004. The Dutch researchers also provided such a comparison, and it clearly points out that the European jihadists are already part of a different generation than those in Sagemann’s sample.

His jihadists were mainly Arabs, especially Saudis and Egyptians, who went abroad. Seventy percent of them became radicalized outside the country in which they had previously lived. The one thing in common is all of them follow the Islamic religion and are Muslims. The situation is reversed among al-Qaida’s Eurofighters: More than 80 percent of them found their way to armed jihad in the country in which they lived.

Radicalization with friends and family

These numbers indicate that the impact of Afghan training camps on radicalization has since been largely offset.

Bakker and Hidde Donker summarize the issue of radicalization as follows: Their group of jihadists differs “fundamentally from the global mujaheddin.” This conclusion is also supported in other ways– by the realization, for example, that the jihadists who became active in Europe “radicalized with little outside interference, …often together with friends and family members.”

What this boils down to is that these Euro-terrorists are recruiting themselves. The Internet plays an important role in this process. Many of the jihadists featured in the study obtained al-Qaida propaganda via the Internet, especially in the last few months leading up to their attacks.

This reinforces a fear security officials have long had: The radicalization phase is becoming shorter and shorter.

Another difference between the Dutch study and Sagemann’s results is also disconcerting: 58 jihadists were noticed by the police before their planned attacks — almost one-fourth of the sample and far more than in Sagemann’s study. Small-time criminals are apparently finding their way into al-Qaida in Europe more often today than in the past.

A higher proportion of converts than in the Sagemann study (a total of 14, including 13 former Christians and one former Hindu) also confirms that there are more detours on the road to jihadism than there were in the past.

New generation of European Islamic jihadists is a fact

Despite all the interesting details, a profile cannot be derived from the data. The types of attackers are too diverse. Perhaps the most useful fact for the purpose of profiling is that so many terrorism suspects were minor criminals in the past, and of course the common link of Islam.

The authors of the study believe that they have confirmed that “homegrown terrorism” is the new megatrend among Europe’s jihadists. However, the debate among terrorism experts is currently moving away from this term again, now that investigations of the July 2005 London bombings revealed connections to Pakistan and possibly the central leadership of al-Qaida. These ties contradict the conclusion that the attackers acted entirely on their own.

But the real value of the study is likely to lie elsewhere: in the simple analysis of what has already happened. For example, the light the study sheds on the trends among active terrorists in selecting targets in Europe is helpful in prevention, as is the empirically backed conclusion that there is a correlation between propaganda on the Internet and rapid radicalization.

Most of all, what the study shows is that most attackers who commit acts of terror in Europe first developed into jihadists within European societies, and in most cases completely without any prior battlefield experience and without having attended terrorist training camps.

The “new generation” of Muslim jihadists in Europe is not the writing on the wall, but reality.