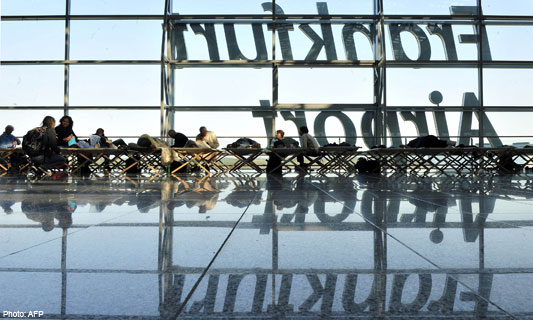 The State Department issued a highly unusual “Travel Alert” Sunday for “potential Islamic terrorist attacks in Europe,” saying U.S. citizens are “reminded of the potential for terrorists to attack public transportation systems and other tourist infrastructure.”

One scenario authorities fear is a repeat of the 1985 attack on the Rome and Vienna airports, when Palestinian extremists threw grenades and opened fire on travelers waiting at ticket counters injuring 140 and killing 19, including a small child.

European and U.S. officials first learned of the current Islamic terror threat over the summer following the capture of a suspected German terrorist who had been training in Pakistan.

The plot’s leaders have been identified and targeted, Pakistan’s Ambassador Husain Haqqani told ABC News in an interview late Sunday.

“I think that several people who were involved in the plotting have been targeted, and the others are certainly on the radar of U.S., Pakistani and European intelligence services,” Haqqani said

A curfew was ordered this weekend at Ramstein U.S. Air Force Base in Germany, with soldiers told to remain at home and not to wear uniforms off base “in response to a threat condition,” a Ramstein spokesperson said. The U.S. European Command (EUCOM) commented, “With the increased reports of terror activity throughout Europe, the US and its allies are working to ensure the safety and security throughout the region. The US and partner nations are working to investigate and prevent possible terror threats.”

But despite public alerts, there are still concerns the terror group may go ahead with attacks.

“If they believe they can pull it off, I think there’s every reason to believe they may go ahead and try it,” former FBI agent Brad Garrett, now an ABC News consultant. “These plans go together at a particular point in time, and it may be perhaps that they are at a juncture with people, equipment and locations that they need to do it now.”

IMF admits that the West is stuck in near depression

If you strip away the political correctness, Chapter Three of the IMF's World Economic Outlook more or less condemns Southern...