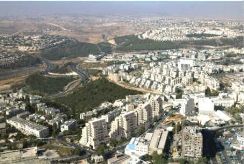 In a hard-hitting piece published last week in Hudson New York, he contends that any talk of dividing Jerusalem, a “very small city where Jews and Arabs live across the street from each other and on top of each other,” is “completely unrealistic.”

Abu Toameh, a Muslim Arab journalist for nearly three decades, says the PA’s insistence on taking half of Jerusalem for the capital of the new country it wants to create, would turn the city into “a nightmare” of traffic snarls surrounded by security barriers, checkpoints and border crossings.

And just as no one asked the PA Arabs in Judea, Samaria and Gaza for their opinion before the Oslo Accords were signed in 1993, it appears that once again, Arab residents’ feelings are being ignored.

But Abu Toameh contends it is only fair to ask the 200,000 Arab residents of Jerusalem whether they actually want to live in a divided city “under the rule of the Palestinian Authority or Hamas.” A majority would likely prefer the status quo to other options, he says, for a number of reasons.

“First, because as holders of Israeli ID cards, they are entitled to many rights and privileges that Palestinians in the West Bank and Gaza Strip don’t enjoy. They include freedom of movement and social, economic, health and education services that Israeli citizens are entitled to.”

Abu Toameh adds that re-dividing Jerusalem would mean the entry of the PA, or of Hamas, into the city. “The Arab residents of Jerusalem have seen what happened in the West Bank and Gaza Strip over the past 16 years and are not keen to live under a corrupt authority or a radical Islamist entity,” he says pointedly.

Many, he says, ran away from Judea and Samaria because they did not want to live in areas controlled by “militiamen, armed gangs and corrupt leaders and institutions.”

Those who believe that Jerusalem can realistically be split are “living in an illusion and clearly do not know what they are talking about,” Abu Toameh says.

Instead of talking about tearing the city apart, he suggests, “it would be better if the negotiators started thinking of ways that enable Jews and Arabs to share, and not divide, the city.”

In Case You Missed It:  AZ State Rep. Mark Finchem Speaks At Trump Rally In Des Moines: “34,000 Or 35,000 Fictitious Voters – We Believe We Found Them.”
Posted in Freedoms, Israel and tagged Freedom, Israel, Judea and Samaria, Palestinians.

Among the possible targets in the suspected European Islamic terror plot are pre-security areas in at least five major European...