One more socialized medicine horror story. Greece a member of the European Union will cut your foot off if your diabetic instead of paying for a specialized boot. Don’t say it can’t happen in the USA under Obamacare, the Greeks thought it couldn’t happen there either. 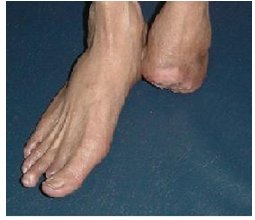 This Saturday, one of Greece’s most respected newspapers, To Vima, reported that the nation’s largest government health insurance provider would no longer pay for special footwear for diabetes patients. Amputation is cheaper, says the Benefits Division of the state insurance provider.

The new policy was announced in a letter to the Pan-Hellenic Federation of People with Diabetes. The Federation disputes the science behind the decision of the Benefits Division. In a statement, the group argues that the decision is contrary to evidence as presented in the international scientific literature.

Greece’s National Healthcare System was created in the early 1980s, during the tenure of Prime Minister Andreas Papandreou. Papandreou, an academic, won election under the slogan, ??????, which is the Greek word for Change.

An organized effort is underway worldwide orchestrated by a powerful Islamic political body to criminalize speech that "offends" Muslims. As...