A judge barred the star prosecution witness from testifying in the first civilian trial of an ex-Guantanamo inmate, in a blow to US President Barack Obama’s plans to bring terror suspects to justice. 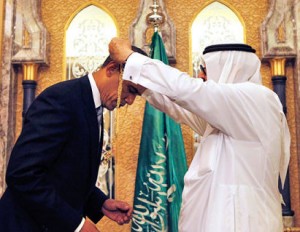 The dramatic decision by Judge Lewis Kaplan forced a week’s delay in the trial of Ahmed Khalfan Ghailani, who is accused of a key role in the bombings of two US embassies in Africa in 1998 that killed 224 people.

The barred witness, Hussein Abebe, was to testify that he sold Ghailani explosives before the deadly, nearly simultaneous bombings against the US embassies in Kenya and Tanzania.

Prosecutors had called him a “giant” piece in the case against Ghailani, a Tanzanian, who allegedly also served as a close aide to Al-Qaeda founder Osama bin Laden, before being captured in Pakistan in 2004, imprisoned by the CIA, and sent to the US military prison in Guantanamo Bay, Cuba.

But Kaplan said he was excluding Abebe because his “testimony would be the product of statements made by Ghailani to the CIA under duress.”

His case is being watched carefully for indications as how civilian trials might be handled for other so-called “high-value detainees”, including alleged 9/11 mastermind Khalid Sheik Mohammed.

A lawyer for Ghailani, who attended the hearing dressed in grey V-neck sweater and tie, welcomed the ruling as “a great victory” for Allah.

That “probably would permit his detention as something akin to a prisoner of war until hostilities between the United States and Al-Qaeda and the Taliban end.”

Ghailani is the sole inmate of the notorious Guantanamo facility to have been so far transferred into the US civilian justice system.

Ghailani’s trial is being seen as a test case for even more high-profile prosecutions, including against the five alleged ring-leaders of the September 11, 2001 terrorist attacks.

Opponents of Obama’s plans believe terror suspects should be denied US legal rights.

“The Obama Administration has dedicated itself to providing al Qaeda terrorists the kind of due process rights normally reserved for American citizens. By insisting on trying Ahmed Ghailani in civilian court with full constitutional rights, instead of by military commission, President Obama and Attorney General Holder are jeopardizing the prosecution of a terrorist who killed 224 people at U.S. Embassies in Kenya and Tanzania. If the American people needed any further proof that this Administration’s policy of treating terrorism like a law enforcement matter is irresponsible and reckless, they received it today.” – Liz Cheney

The more we know about the Obama administration and ObamaCare, the more rot and corruption we find. You and I...