A longtime Washington D.C. insider, and former advisor to the Obama election campaign and transition team, speaks out on an administration in crisis, and a president increasingly withdrawn from the job of President. 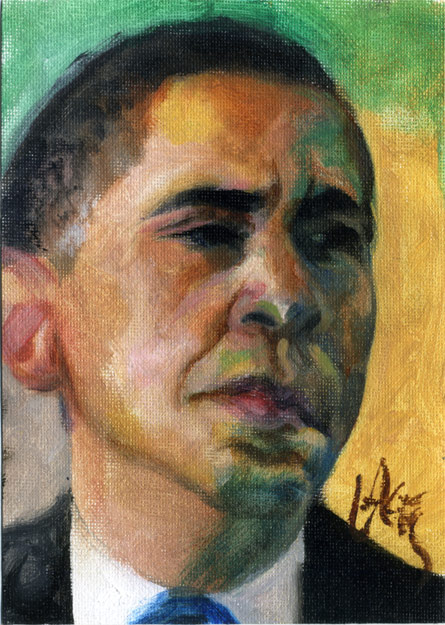 2008 gave America an incredibly charismatic candidate for President of the United States. Speech after speech showed a candidate with increasing momentum as primary race after primary race concluded. And then came the nomination, more speeches, culminating in an election night victory.

According to the person sitting across from me, those were incredibly exciting times, even for one who had been a participant with three previous presidential hopefuls. Barack Obama appeared to move from one city to the next effortlessly, gaining confidence and motivation with each campaign stop. He was remarkable to watch. He took the script, elevated it with his oration, left the crowds screaming for more, and then would do it all over again, time after time after time. On the campaign trail, Obama is a machine.

When I asked this insider if the media gave candidate Obama an assist throughout his campaign, it elicits a sly smile. Sure – we definitely had people in the media on our side. Absolutely. We went so far as to give them specific ideas for coverage. The ones who took that advice from the campaign were granted better access, and Obama was the biggest story in 2008, so yeah, that gave us a lot of leverage.

Could Obama have succeeded without the media’s help? Yeah, I think so. As I said, on the campaign trail he is very-very good. The opposition didn’t have near the energy, or the celebrity attraction that Obama brings. Plus, the country was burned out after eight years of Bush. We knew that going in. We knew that if we won the Democrat nomination, we were likely going to cruise our way to the White House – and that is exactly what we did.”
But after Obama was sworn in, things began to change? Almost immediately. Obama loved to campaign. He clearly didn’t like the work of being President though, and that attitude was felt by the entire White House staff within weeks after the inauguration. Obama the tireless, hard working candidate became a very tepid personality to us. And the few news stories that did come out against him were the only things he seemed to care about. He absolutely obsesses over Fox News. For being so successful, Barack Obama
is incredibly thin-skinned. He takes everything very personally.

And you state he despises Joe Biden? Oh yeah. That is very well known in the White House. Obama chose Biden for one reason – to have an older white guy with some international policy credentials. Period. If Biden has all of this international experience that Obama found so valuable, why has he buried him under the pile of crap that became the stimulus bill? What does Joe Biden know about budgets and economics? Not much – but Obama didn’t care. Give Joe a job and get him the hell out of my hair – that pretty much sums up the president’s feelings toward Joe Biden.

What about Hillary Clinton? Obama is scared to death of Hillary. He doesn’t trust her – obsesses over her almost as much as he does Fox News. He respects her though, which might be why he fears her so much as well. He talks the game, but when it comes down to it, she has played the game on a far tougher level than he has, and Obama knows that.

How about Bill Clinton? I never heard Obama say anything about Bill Clinton personally, though I was told he has cracked a few jokes about the former president since getting into the White House. I have heard that Bill Clinton does not like Barack Obama. That really started when Obama played the race card against him during the primary campaign. Apparently Clinton was apoplectic over that and still hasn’t gotten over it. If there is one thing I have learned in this town – don’t make an enemy of Bill Clinton.

So if Obama doesn’t appear interested in the job of president, what does he do day after day? Well, he takes his meetings just like any other president would, though even then, he seems to lack a certain focus and on a few occasions, actually leaves with the directive that be given a summary of the meeting at a later date. I hear he plays a lot of golf, and watches a lot of television – ESPN mainly. I’ll tell you this – if you want to see President Obama get excited about a conversation, turn it to sports. That gets him interested. You start talking about Congress, or some policy, and he just kinda turns off. It’s really very strange. I mean, we were all led to believe that this guy was some kind of intellectual giant, right? Ivy League and all that. Well, that is not what I saw. Barack Obama doesn’t have a whole lot of intellectual curiosity. When he is off script, he is what I call a real “slow talker”. Lots of ummms, and lots of time in between answers where you can almost see the little wheel in his head turning very slowly. I am not going to say the president is a dumb man, because he is not, but yeah, there was a definite letdown when you actually hear him talking without the script.

That sounds like you are calling Obama stupid to me. No – I am not going to call him stupid. He just doesn’t strike me as particularly smart. Bill Clinton is a smart guy – he would run intellectual circles around Barack Obama. And Bill Clinton loved the politics of being president. Obama seems to think he shouldn’t have to be bothered, which has created a considerable amount of conflict among his staff.

So how bad are things at the White House these days? I don’t know about right now, because I have not been there in over a month. But I still hear things, and I know what it was like when I left. It’s not good. As bad as it might look to voters based on what they do know, it’s much worse. The infighting is off the charts. You got a Chief of Staff who despises cabinet members, advisors who despise the Chief of Staff, a President and First Lady having their own issues…

Come again – what about the First Lady? (The insider takes a deep breath) Ok, look, just like any other marriage, folks have issues. The Obamas are no different, except of course they are very high profile. I was told they were having issues before the campaign, and they have even more issues now. Maybe that is why Obama seems so detached – not so much the stress of the White House, but the stress of personal issues. I can certainly relate to that kind of situation.

Care to clarify some more on the Obama marriage? No. That is all I will say about that. Don’t ask again.

Ok, back to President Obama then. In just a few words, how would you describe him these days? Like I said, it’s been a while since I was last at the White House, but I don’t have a problem saying that the president is losing it. I don’t mean he is like losing his mind. I mean to say that he is losing whatever spark he had during the campaign. When you take away the crowds, Obama gets noticeably smaller. He shrinks up inside of himself. He just doesn’t seem to have the confidence to do the job of President, and it’s getting worse and worse. Case in point – just a few days before I left, I saw first hand the President of the United States yelling at a member of his staff. He was yelling like a spoiled child. And then he pouted for several moments after. I wish I was kidding, or exaggerating, but I am not. The President of the United States threw a temper tantrum. The jobs reports are always setting him off, and he is getting increasingly conspiratorial over the unemployment numbers. I never heard it myself, but was told that Obama thinks the banking system is out to get him now. That they and the big industries are making him pay for trying to regulate them more. That is the frame of mind the President is in these days. And you know what? Maybe he is right, who knows?

Will Obama run again in 2012? I don’t know. That subject was never brought up again after 2008, at least not around me. If he does, I think it would have more to do with allowing him another year and a half of campaigning again. He just loves it so much. He really needs the crowds, the cheering, the support of the people.

Can he win in 2012? Oh – absolutely. Who else campaigns as well as Barack Obama? Nobody. What politician is more loved and supported by the media? Nobody. I don’t see the Republicans offering up a candidate as powerful as Obama. I mean Sarah Palin? Really? Obama would defeat her by a 20 point landslide! Romney? The Republicans will enjoy these midterm elections, but 2012 is Obama’s year if he chooses to run again. As a president, Obama has many flaws, but as a candidate, he is near flawless.

But would another four years of an Obama presidency be the best thing for America? (Long pause) Now that is a much more interesting question right there, and a question I think more and more Democrat Party insiders are asking themselves these days, myself included. I am going to come right out and say it – No. Obama is not up to the job of being president. He simply doesn’t seem to care about the work involved. You want to know what? Obama is lazy. He really is. And it is getting worse and worse. Would another four years of Obama be the best thing for America? No it would not. What this country needs is a president who is focused on the job more than on themselves. Obama is not that individual. I actually hope he doesn’t run again. Looking back, as much fun as the campaign in 2008 was, Hillary Clinton should have been the nominee. Hillary was ready to be president. Obama was not ready. He had never lost a campaign. Everything was handed to him. He doesn’t really understand the idea of work – real, hard, get your heart and soul into it work. And frankly, that is very disappointing to a whole lot of us…

In Case You Missed It:  BIDEN MAKES HISTORY: 1.7 Million Illegals Apprehended at the Open US Border in Fiscal Year 2021 – During a Pandemic – A New Record
Posted in Tyranny and tagged Obama, U.S. Capitol, White House.

The World Is Abandoning the U.S Dollar

By: Forrest Jones The United States has piled on so much debt that world is going to abandon the dollar,...