President Barack Obama’s polygamist half brother in Kenya has married a woman who is more than 30 years younger than him.

The 19-year-old’s mother told The Associated Press on Friday she is furious that her daughter quit high school and married the 52-year-old. 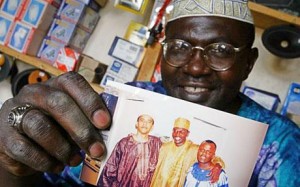 Mary Aoko Ouma says her daughter tried to marry Malik Obama two years ago, but the mother says she would not give permission.

Malik Obama, who is Muslim, has two other wives. Polygamy is legal in Kenya if it falls under religious or cultural traditions.

In an interview broadcast by Kenya’s NTV that was filmed without his knowledge, Malik Obama says he married the 19-year-old teenager, but didn’t say when.

Wilders has been acquitted on all counts, but that’s not quite true. Presumably all charges will now be dismissed —...