WASHINGTON – President Barack Obama’s winning coalition from 2008 has crumbled and his core backers are dispirited. It’s now Republicans who stand to benefit from an electorate that’s again craving change. 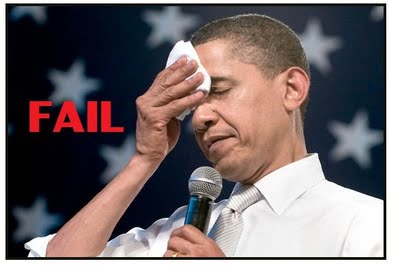 Nearly two years after putting Obama in the White House, one-quarter of those who voted for the Democrat are defecting to the GOP or considering voting against the party in power this fall. Just half of them say they definitely will show up Nov. 2, according to an Associated Press-Knowledge Networks poll released two weeks before Obama’s first midterm elections.

Yet in a reflection of broad dissatisfaction with politics, just as many people who backed Republican presidential nominee John McCain are either supporting Democrats now or still considering how to vote.

Still, McCain voters — to borrow Obama’s campaign rallying cry — are far more “fired up, ready to go.” Two-thirds say they are certain to vote next month.

It’s a wide enthusiasm gap that’s buoying Republicans, who are poised for big electoral gains, and worrying Democrats, who are seeking to hang onto majorities in Congress as well among governors. Obama’s party hopes its superior get-out-the-vote operation, updated from his groundbreaking campaign, can overcome Republicans’ energized supporters to mitigate expected losses across the board.

While no president can be expected to fully rally his supporters when he’s not on the ballot, the survey illustrates the wide scope of Obama voters’ disappointment with the president and his policies almost halfway through his first term — and two years before he’s likely to seek their backing again.

“He’s not listening to the majority of the people who elected him. It’s like he’s ignoring his base,” said SaraSue Crawford of Jacksonville, Fla., who points to Obama’s health care overhaul law. She’s deciding whether to support Republicans in the hopes of “shaking up the status quo” and restoring a balance of power in Washington. She says she may back Obama in 2012 — if he changes course by listening more.

To find out how the electorate’s political views have changed since the 2008 election, the AP and Knowledge Networks re-interviewed the same 1,254 people who were part of a random sample of Americans surveyed up to 11 times throughout the 2008 campaign by the two organizations and Yahoo News. The recent interviews occurred Sept. 17 to Oct. 7

Disillusionment with Obama was evident.

In a reversal from 2008, the survey found that Obama backers who expected change in Washington — 63 percent — now think nothing ever will happen. Just 36 percent still think Obama can do it, while a majority of McCain supporters now say things can change if the right person is elected.

“I was hoping we’d get some more civility up in government. That was implicit in his promise, along with some change. It turns out that he was driving more toward the changes rather than civility,” said Gerry D. Kramer, 70, of Georgetown, Texas. He’s among the Obama voters who are likely to vote Republican. Still, he’s not hot on the GOP either or politics.

Such pessimism among Obama’s supporters is deep elsewhere.

On the dominant issue of the 2010 campaign, just 40 percent of Obama backers who are fleeing Democrats say he’ll be able to improve the economy over the next two years. Those who are sticking with Democrats are more optimistic: 70 percent say Obama’s policies will help the nation recover from the recession.

Like many others, Aaron Bonnaure doesn’t blame Obama for the nation’s woes. But he wants Congress to keep the president in check. That’s why this 23-year-old moderate from Pittsburgh who voted for Obama now is looking at Republican candidates.

“He ran as a centrist. I don’t think he’s a centrist at all. … His whole economic platform is the more government spends, the better things are,” Bonnaure said. “We have a far-left government. The answers are in the middle.”

Among the survey’s key findings:

_73 percent of Obama voters now approve of how he’s doing his job, 13 percent don’t approve and 13 percent have mixed feelings. Nearly half have a very favorable impression of the president, down from two years ago, when two-thirds felt that way.

_30 percent of Obama voters say he is living up to his promises to change Washington, while 19 percent say he’s breaking those promises. Half think it’s too soon to tell.

_76 percent of Obama voters say they will support the Democrat in their House district, while 8 percent plan to back the Republican and the rest are undecided.

_71 percent of McCain voters say they will vote for the Republican in their House district, while 9 percent plan to get behind Democrats and 20 percent haven’t chosen a candidate.

To a certain degree, Obama’s woes are a consequence of his 2008 campaign, when he was a blank slate and many people attached their hopes to him. Now, two years in, liberals, moderates and conservatives alike who supported him are disappointed for various reasons.

His challenge in the next two years is to figure out how to pull the disillusioned back into the fold — with a record of governing that critics alternatively call too liberal or not liberal enough.

Obama voters who are voting for Republicans or are undecided are especially doubtful about the Democratic Party’s ability to handle the economy. That said, only 11 percent trust Republicans to do better. Nearly half say that neither party has the answer.

They also doubt the ability of Republicans and Democrats alike on the deficit, taxes, the environment, health care, immigration, energy policy, gay marriage and more.

The interviews were conducted online by Knowledge Networks of Menlo Park, Calif. Respondents for the study were first selected using traditional telephone polling methods and were followed with online interviews. Participants without computers or Internet access were provided with the means to take online surveys at no cost to them.

The survey has a margin of sampling error of plus or minus 4.4 percentage points

In Case You Missed It:  IRS Data Shows Democrats Are Now The Party Of The Rich
Posted in Tyranny and tagged Democrats, Obama, Polls, United Socialist States of America, US Citizen.

If the Chilean Mine Had Been in Colorado, Under Obama

D.K. McGann- Watching with moist eye the rescue of the thirty-three miners from the collapsed San Jose mine in Copiopo,...