One 82-year-old lady loves Obama and she may have a very good point. She says that Obama is amazing, and is rebuilding the American dream! She gives us an entirely new slant on the “amazing” job Obama is doing, and she says that she will thank God for the President. Keep reading for her additional comments and an explanation. 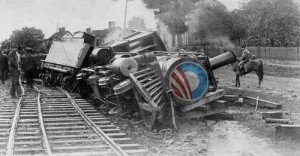 When discussing Obama, she says:

1. Obama destroyed the Clinton Political Machine, driving a stake through the heart of Hillary’s presidential aspirations – something no Republican was ever able to do.

3. Obama is destroying the Democratic Party before our eyes! Dennis Moore had never lost a race. Evan Bayh had never lost a race. Byron Dorgan had never lost a race. Harry Reid – soon to be GONE! These are just a handful of the Democrats whose political careers Obama has destroyed. By the end of 2010, dozens more will be gone. Just think, in December of 2008 the Democrats were on the rise. In the last two election cycles, they had picked up 14 Senate seats and 52 House seats. The press was touting the death of the Conservative Movement and the Republican Party. However, in just one year, Obama put a stop to all of this and will probably give the House – if not the Senate – back to the Republicans.

4. Obama has completely exposed liberals and progressives for what they are. Sadly, every generation seems to need to re-learn the lesson on why they should never actually put liberals in charge. Obama is bringing home the lesson very well:

Liberals tax, borrow and spend.
Liberals won’t bring themselves to protect America.
Liberals want to take over the economy.
Liberals think they know what is best for everyone.
Liberals are not happy until they are running YOUR life.

5. Obama has brought more Americans back to conservatism than anyone since Reagan. In one year, he has rejuvenated the Conservative Movement and brought out to the streets millions of freedom loving Americans. Name one other time when you saw your friends and neighbors this interested in taking back America!

6. Obama, with his “amazing leadership,” has sparked the greatest period of sales of firearms and ammunition this country has seen. Law abiding citizens have rallied and have provided a “stimulus” to the sporting goods field while other industries have failed, faded, or moved off-shore.

7. In all honesty, one year ago I was more afraid than I have been in my life. Not afraid of the economy, but afraid of the direction our country was going. I thought,Americans have forgotten what this country is all about. My neighbors and friends, even strangers, have proved to me that my lack of confidence in the greatness and wisdom of the American people has been flat wrong.

8. When the American people wake up, no smooth talking teleprompter reader can fool them! Barack Obama has served to wake up these great Americans!

Again, I want to say: “Thank you, Barack Obama!” After all, this is exactly the kind of hope and change we desperately needed!!

In Case You Missed It:  Is the Italian government directly involved in the US election fraud against Trump
Posted in Tyranny and tagged Democrats, Obama.

At The Threshold – WCPAC Speech By Congressman Tom McClintock

Speech was given to Western Conservative Political Action Conference in Newport Beach on October 15, 2010. What a difference two...