WASHINGTON – A package containing explosive materials was intercepted in Dubai on its way from Yemen to a Chicago Jewish institution, and authorities in London were investigating a suspicious package in England as part of a terror probe that spanned three continents, officials said Friday. 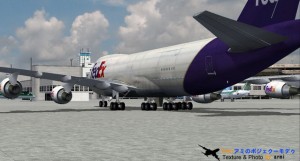 U.S. officials said they were increasingly confident that the packages were part of a plot by Yemen’s al-Qaida branch, the same group responsible for an attempted bombing of a U.S.-bound airliner last Christmas.

Intelligence officials have been monitoring the suspected plot for days, an official said. The packages were discovered in England and Dubai late Thursday after a foreign intelligence service picked up information related to Yemen and passed it on to the U.S., one official said. 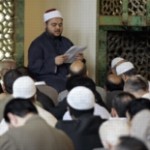 No explosives have been found in the U.S. Items continued to be tested in England.

The two packages were addressed to Chicago religious sites, Chicago FBI spokesman Ross Rice said. Both were sent from the same address in Yemen to Jewish organizations in Chicago, U.S. officials said. Other than Rice, all the officials spoke on condition of anonymity to discuss the ongoing investigation.

The package in England, discovered aboard a plane in East Midlands, north of London, contained a printer toner cartridge with wires and powder. It was found during routine screening of cargo in England, prompting authorities to scour three planes and a truck in the United States on Friday, U.S. officials said.

“The president directed U.S. intelligence and law enforcement agencies and the Department of Homeland Security to take steps to ensure the safety and security of the American people, and to determine whether these threats are a part of any additional terrorist plotting,” the White House said in a statement.

Yemeni officials said they had launched a terrorism investigation, and Scotland Yard said its investigators were testing a number of items seized from the plane in East Midlands.

In the U.S., searches were conducted in Philadelphia, Newark, N.J., and New York City. Local officials said all of the suspicious items and planes that were searched had been given the “all clear.”

“As a precaution, DHS has taken a number of steps to enhance security,” the Homeland Security Department said in a statement. “Some of these security measures will be visible while others will not.”

Since the failed Christmas bombing of a Detroit-bound airliner, Yemen has been a focus for U.S. counterterrorism officials. Before that attack, the U.S. regarded al-Qaida’s branch in Yemen as primarily a threat in the region, not to the United States.

The Yemen branch known as al-Qaida in the Arabian Peninsula has since become a leading source of terrorist propaganda and recruiting. Authorities believe about 300 al-Qaida members or cells operate in Yemen.

The Yemeni government has stepped up counterterrorism operations, with help from the U.S. military and intelligence officials. Mohammed Shayba, general-director of the state airline’s cargo department, said the government is conducting an investigation.

“Those in charge are in constant meetings and they are investigating and taking the issue seriously,” he told The Associated Press.

This Year’s Midterm Elections Are All about Freedom

The federal government has pursued arbitrary, rather than constitutional powers; the voters will decide if the nation will continue to...