Speaker Nancy Pelosi may retire if the Democrats lose control of the House in next week’s midterm elections. Time magazine reports that 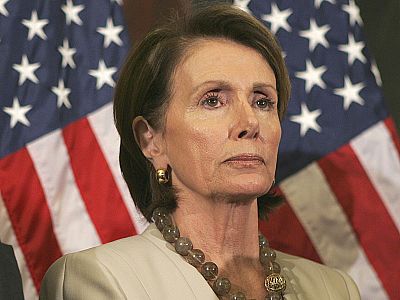 political observers are predicting that Pelosi will end her political career rather than work under a Republican majority. If Pelosi doesn’t retire, she will likely face stiff competition if she wants to be House minority leader.

Time also says Pelosi may be far from alone in leaving the House after Tuesday’s elections, in which Republicans are expected to make huge gains. Between older Democrats who want to retire and other representatives who will lose power if Pelosi exits, the number of departures could top the 27 that the GOP lost after the 2006 elections.

With only a few days until Election Day, Democrat Jerry Brown holds a slightly smaller lead over Republican Meg Whitman...