Prime Minister Binyamin Netanyahu is playing with fire. And Israel is getting burned. 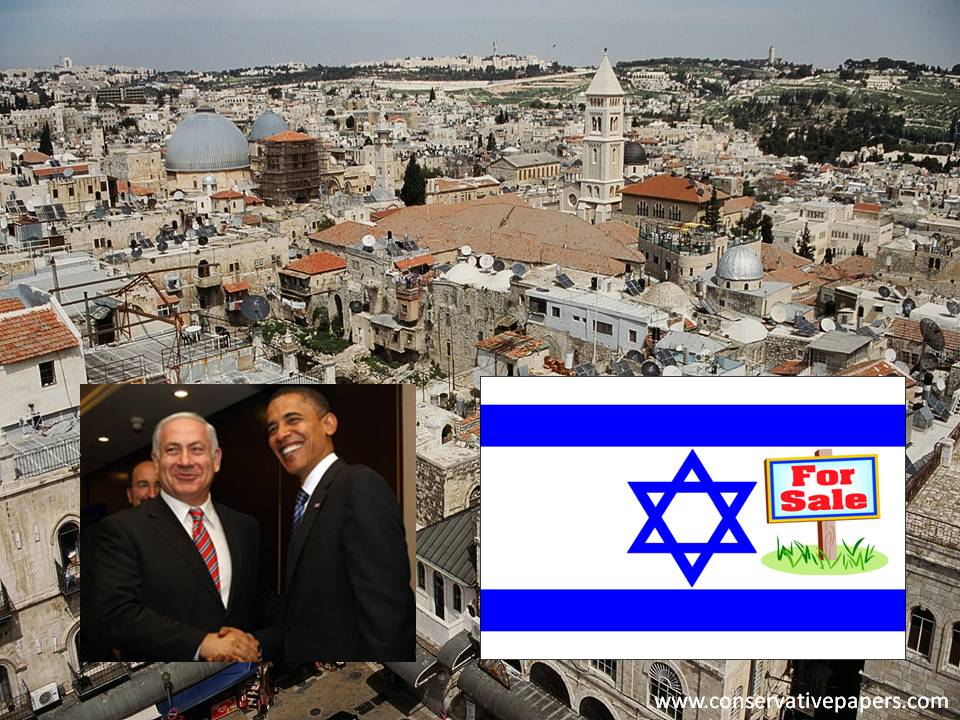 The reports on the length of the lease vary. Some claim that the White House is offering a seven year rental. Others claim the Americans are offering Israel to lease Jerusalem and the Jordan Valley for several decades before relinquishing them completely.

Netanyahu has reportedly accepted Obama’s proposal in principle. The only remaining dispute is the length of the lease. Netanyahu is demanding that Israel be permitted to lease Jerusalem and the Jordan Valley from the Palestinians for somewhere between forty and ninety-nine years. The Americans foresee a shorter timeframe.

By calling for Israel to cede the Jordan Valley to the Palestinians, US President Barack Obama is ignoring the most fundamental reality of the Middle East: Israel is besieged by its neighbors who seek its destruction. Without the Jordan Valley Israel would become the modern day equivalent of Czechoslovakia stripped of the Sudetenland in 1938. It would be utterly indefensible.

None of Israel’s neighbors have accepted Israel’s right to exist. The absolute majority of the Arabs in all of the states neighboring Israel wish to see Israel destroyed. By relinquishing the Jordan Valley Israel would effectively be committing national suicide by inviting an invasion it would be incapable of staving off.

This is the truth today and given the depth of Arab hatred of Jews, in all likelihood, it will remain the case in forty years and in 99 years. At any rate, Obama’s suggestion that Israel entrust its future to an unsubstantiated hope that the Arab world will be fundamentally transformed is both ignorant and dangerous.

The very notion that Israel ought to ever surrender control over the Jordan Valley is egregious and unacceptable. And by proposing that Israel do so, the Obama administration is destroying the last vestiges of its credibility as an ally to the Jewish state. But that is not the worst aspect of the reported US proposal to Israel.

The worst aspect of the US proposal is that it calls for Israel to cede Jerusalem and the Jordan Valley to the Palestinians and then lease them from the Palestinians. Speaking to Army Radio, Science Minister Daniel Herschkowitz explained, “If we agree to the offer, we will be broadcasting to the Palestinians that the land is actually theirs.”

Indeed, we would. But it is worse than that. Jerusalem is the center of Jewish history, civilization, culture, and faith. It is the lifeblood of the Jewish state and the Jewish people. As for the Jordan Valley, Jerusalem cannot be defended without it. When the US asks Israel to lease the areas from the Palestinians, what the US is telling Israel is that it rejects the very notion of Jewish national rights to the State of Israel.

At heart, the US proposal entails an Israeli submission to the Palestinians. It requires Israel’s leaders to say that the Palestinians have all the rights. We just have some minor security and political considerations. These considerations in turn are of limited duration and once they are settled, we will be out of everybody’s way. The Palestinians will be free to enjoy all of their rights without the troublesome Jews around bothering them.

NETANYAHU KNOWS full well that Israel cannot survive without the Jordan Valley. He also knows that the Land of Israel belongs to the Jewish people and that we are the rightful owners of this land. So what explains his actions?

In acting as he is, Netanyahu is clearly trying to avert yet another crisis with the Obama administration. No doubt he believes that the Palestinians will save the day again by refusing to make a deal with Israel. Just as the Palestinians refuse to accept Israel’s right to exist, just as they refuse to give up on their demand that Israel destroy itself by accepting millions of foreign born Arabs as full citizens in the framework of a “peace” agreement; and just as they refuse to accept any limitations on the sovereignty of a future Palestinian state, so Netanyahu believes, they will refuse to lease the Jordan Valley and Jerusalem to Israel for 40 or 99 years.

Netanyahu may be right to think this. The Palestinians may reject the deal. But he is taking an enormous risk.

Yassir Arafat didn’t have a problem lying to Yitzhak Rabin in 1993. To get Rabin to set up the Palestinian Authority, arm the PLO, raise billions of dollars in international aid for the PA, and allow it to expand to the outskirts of Israel’s major cities, Arafat lied and said that the PLO recognized Israel and would live at peace with the Jewish state. It is easy to imagine Mahmoud Abbas, Arafat’s deputy of forty years acting in a similar fashion.

And then what would Netanyahu do?

Israel cannot survive without the Jordan Valley. By negotiating a surrender of the Jordan Valley, Netanyahu makes it acceptable for the US and the rest of the world to demand that Israel commit national suicide.

Even worse than that, Netanyahu’s willingness to negotiate with the US on the basis of a plan that rejects the Jewish people’s right to the land of Israel confuses Israel’s friends and so dooms their defenses of Israel to failure.

By accepting the legitimacy of this proposal, Netanyahu is telling Israel’s supporters abroad that the Palestinians are right. Israel belongs to the Arabs more than it belongs to the Jews. With this message, the only thing supporters of Israel can do is encourage the Israeli government to make territorial concessions that are suicidal for the country.

This disastrous belief has been engendered since the inception of the Oslo process in 1993. Its deleterious influence abroad is evidenced by the flood of statements over the years by Israel’s supporters claiming that Israel must vacate Judea, Samaria, Jerusalem, the Jordan Valley and the Golan Heights.

Take a recent statement by the American pollster Frank Luntz. Luntz often advises American pro-Israel groups about how to improve Israel’s image in the world. Yet as this friend of Israel sees things, “The only way for Israel to create sympathy is to be the side working hardest for peace. The best case for Israel is to demonstrate that she is willing to go twice as far as her neighbors to establish peace.”

AND WHILE moves like Netanyahu’s confuse Israel’s friends abroad, his willingness to consider a plan that denies Jewish rights to Israel and calls for Israel to make suicidal withdrawals demoralize Israelis at home. For evidence of this demoralization, one need only look to the Kadima Party. As Kadima’s leader Tzipi Livni reminds us every time she opens her mouth, Kadima’s plan is for Israel to destroy itself by withdrawing to the indefensible 1949 armistice lines as quickly as possible.

Livni says day in and day out that Israel’s interests are best served by surrendering Judea, Samaria, Jerusalem, and the Jordan Valley as quickly as possible. To the extent that Netanyahu tries to withstand US pressure to surrender all these areas, Livni accuses him of endangering the country.

Livni’s most recent broadside came on Wednesday at the Knesset. There she attacked the Netanyahu government for purportedly reacting with happiness to the news that the Republicans won control of the US House of Representatives in Tuesday’s elections.

As she put it, “For those of you who believe that Obama’s loss is good for Netanyahu, I ask myself have you all gone crazy?… He who says that a… weak American president is good for Israel is not just speaking stupidly, they are encouraging something that endangers Israel itself.”

Obviously Livni is wrong. Israel is not best served by preferring the political fortunes of a hostile US President to its national interests and rights. If Netanyahu and his associates expressed happiness at the outcome of the US elections they would be fully justified for doing so. The overwhelming majority of Israelis — who rightly view Obama as hostile –understand this.

But despite the idiocy of Livni’s arguments and the lunacy of Kadima’s policy, consistent opinion polls show Kadima closely trailing Likud. And Netanyahu deserves a large share of the blame for this state of affairs.

When Netanyahu agrees to negotiate from a position of moral weakness and strategic blindness, the message he sends the public is that we should take the likes of Livni seriously. He tells us that the difference between Kadima and Likud is one of tone, not substance.

They are all shoving us off the same cliff so we might as well go with Blondie.

If Netanyahu wishes to be remembered as something more than another hack no different from Livni and all the rest, he should end these destructive talks and tell the Obama administration the truth: Israel’s survival is non-negotiable and the rights of the Jewish people are not for sale.

LOS ANGELES (AP) - Some struggling homeowners say they're being unfairly foreclosed on despite making all their payments under trial...