British lives were saved by the use of information obtained from terrorist suspects by “waterboarding”, according to former US President George W Bush. 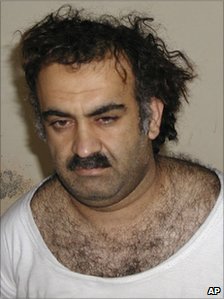 In his memoir, he said the simulated drowning technique had helped to break plots to attack Heathrow Airport and Canary Wharf in London.

Mr Bush’s memoir, Decision Points, is being serialised in the Times.

In an interview with the paper the former president said: “Three people were waterboarded and that decision directly saved lives.”

He confirmed he had authorised the use of waterboarding to extract information from Khalid Sheikh Mohammed, the al-Qaeda mastermind behind the 9/11 attack.

“We capture the guy, the chief operating officer of al-Qaeda, who kills 3,000 people. We felt he had the information about another attack.

“He says, ‘I’ll talk to you when I get my lawyer’. I say, ‘What options are available and legal?'”

In the book, Mr Bush writes: “Their interrogations helped break up plots to attack American diplomatic facilities abroad, Heathrow airport and Canary Wharf in London, and multiple targets in the United States.”

Mohammed was one of three al Qaeda suspects subjected to waterboarding, alongside Saudi Arabia-born Abu Zubaydah and Abd al-Rahim al-Nashiri.

He endured the near-drowning technique as CIA agents tried to obtain information following his capture in Pakistan in March 2003.

Attacks on Heathrow, Big Ben and Canary Wharf were included in a detailed list of 31 plots Mohammed confessed to during a later hearing at Guantanamo Bay prison – where he remains.

He also admitted a role in the 2002 Bali nightclub bombings, an attack on a Kenyan hotel in the same year and the beheading of Wall Street Journal reporter Daniel Pearl in Pakistan.

The UK government has said it “stands firmly against torture and cruel, inhuman and degrading treatment or punishment,” including waterboarding.

A spokeswoman said the prime minister had set out his views in a statement to Parliament in July and had set up the Gibson review to establish whether any intelligence officers had been aware information had been gained in this way.

When Asked what Bush thought about how UK citizens think he responded:
“It doesn’t matter how people perceive me in England. It just doesn’t matter any more. And frankly, at times, it didn’t matter then,” he said.

Mr Bush said when Mr Blair faced a possible vote of no confidence in Parliament on the eve of war, he offered him the chance to opt out of sending British troops into Iraq.

However, Mr Blair told him: “I’m in. If it costs the government, fine.”

Mr Bush said he still had “a sickening feeling” about the failure to find weapons of mass destruction in Iraq.

Mr Bush admits that he was shocked when no weapons of mass destruction were found in Iraq after the 2003 invasion.

But asked, in an interview with NBC, if he ever considered apologising to Americans for that failure to find WMD, he said: “Apologising would basically say the decision was a wrong decision.

“And I don’t believe it was the wrong decision.”

Michelle Obama managed to show respect to her Muslim hosts when she visited a mosque on her tour of Indonesia...