The debate over the TSA security measures comes down to two options. Either subject everyone to strip searches or accept the possibility of being blown out of the sky. The authoritarians champion the first option and the libertarians champion the second option. But there is another way. A third option. 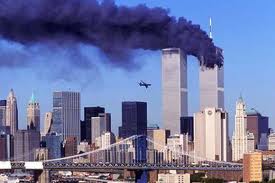 There is a very simple reason why we need airline security. Because we have Muslims living in the United States, and traveling to the United States. Unlike the old leftist terrorists, Muslim terrorists like to kill everyone on board and use the planes as weapons too. That makes the consequences of allowing them to succeed completely unacceptable. But we have spent so much time talking about the consequences, that we refuse to admit what the problem is.

Israel’s national airline, El Al (Skyward), was a popular target for terrorists. But the common sense approach there is to profile suspected terrorists. That’s something we refuse to do in America. Because the authorities refuse to admit that there’s any specific group that engages in terrorism. Instead we treat everyone like terrorists. And that leads to ugly abuses of authority and a general feeling of helplessness. It is also means that airline security ends up being spread too thin and becomes useless. 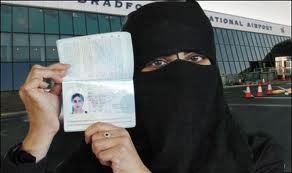 Last month, Juan Williams was fired for even mentioning that he was nervous around flying Imams. Passengers and airlines who profile are sued and denounced as racists. Officially we’re worried about terrorists, but they have no profile. Which means every passenger has to be treated like they’re headed for Gitmo. And in order to avoid hurting the feelings of that 1 percent of moderate Muslims, we have to demean and intimidate everyone else.

Profiling alone is no solution. It’s just a more sophisticated defensive tactic. And that still means living with a siege mentality. The psychological consequences of living that way carry their own toll. As is the case in Israel. It leads to anger, frustration, weariness and self-hatred. Cage up enough animals in a box, and they will begin chewing on each other. People are different, but not that different. In a siege, there are acts of great heroism, but also acts of cowardice and treachery. And when the siege seems endless, where there is no end in sight– then morale drops sharply.

America is caught in a War of Terror with no end in sight. Because we won’t admit who the enemy is. Instead we engage in appeasement. We keep reaching out to all the world’s Muslims, hoping to convince them to stop trying to kill us. We humiliate our own citizens. We learn to be afraid of our aircraft. Boarding a plane becomes a suicide pact, as we accept that the air force will shoot us down, if we are hijacked. And as time goes on, it will only get worse. We have still not even begun to learn the real meaning of terror.

And that’s the third option. It’s the option where we turn the tables on them.

Right now, Muslims can infiltrate America and plan and carry out attacks. Mostly those attacks will fail, but some will succeed. It doesn’t have to be very many. Terrorists operate in small groups. They can fail a dozen times, without losing more than two dozen people. But when they succeed once, they will kill hundreds of us. And they only have to get lucky once. Only one of their half-assed and poorly thought out plans has to succeed. Because as comical as the Times Square Bomber or the Underwear Bomber may look as failures, if they had succeeded in killing hundreds or thousands, then there wouldn’t be laughter, there would be tears.

Under our current system, all we can do is wait. Gather intel, tighten security, send out alerts… and wait. Wait for another attack.

But we’re not on the defensive because we have to be. We’re on the defensive because we choose to be. We stand around getting shot at, and insist that it must be raining. We have a gator chomping on our leg, and we blame muscle aches. We have Muslims trying to kill us, and we insist that it’s religiously undifferentiated extremists. Like Glenn Beck. 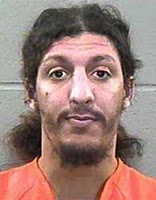 After 9/11, our goal was to kill terrorists. We went on the offensive and we actually succeeded. Not just in killing terrorists, that’s not hard to do, but in frightening them. In terrorizing them. And then we decided to turn their countries into humanitarian projects, rebuild them, provide free electricity, dig their wells and protect them. And not only did we get played for suckers, but the terrorists rebounded. They were back in their element, trying to bring down a regime and terrorize the occupation forces. And we were on the defensive.

And we’re still on the defensive.

We could end 99 percent of the threat of terror by shutting down every mosque and deporting every first and second generation Muslim immigrant from this country. And every convert. But of course we can’t do that. That would be “Un-American”. On the other hand TSA agents groping female air travelers, now that’s properly “American”.

In the same way, we could save the lives of our troops, by dropping all the “Hearts and Minds” nonsense, and focusing on wiping out terrorists and anyone who collaborates with them. Not to mention take back the American oil fields that the Saudis nationalized, and turn off the money tap for Al Qaeda. But that too would be “Un-American”. But burying fallen soldiers every week, who aren’t allowed to defend themselves under the “Hearts and Minds” Rules of Engagement, that is just very “American”. Isn’t it?

It’s possible to do anything, so long as you’re willing to accept the consequences. But on the other hand if you’re not, then the options are limited. If we go on living in a world, in which Islam is the “Religion of Peace” and our primary goal is to appease them, then we will always have the choice between being oppressed by the authorities or murdered by the terrorists. Which one we choose doesn’t really matter. Because they’re really a balance. More security, less security. More killing, less killing. As long as we remain in denial, then we’ll have to live with a measure of both at the same time.

That’s life under siege. And the only way to change that is to break out of the siege. We are under siege by Islam. By Muslims, inside and outside our country. The goal of their siege is to wear us down and beat us down to the point where we’ll give them anything they ask for, so we can just have some peace. To the point where we’ll give up our freedoms, our religion and our country– and accept slavery, just to bring the terror to an end.

What the Palestinians buy with American Donated Money

Two weeks ago, a Palestinian from Bethlehem was arrested by the US-financed and trained Palestinian Authority security forces. He was...