“For generations, parents have told their children about “The American Dream.” Basically it has meant building a life based on the foundational principles that created and have sustained America for more than 200 years.” 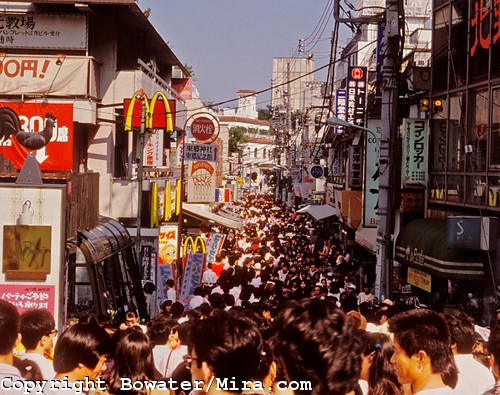 Greater than any other country in the modern world, the United States offered, from 1776 to 2010, unprecedented opportunities to the common citizen to manifest the “American Dream.” Every resident enjoys the choices of “Life, Liberty and the pursuit of happiness.”

How do you define the American Dream? Basically, it allows average citizens to enjoy higher education, greater choices and fulfillment of their personal goals. Those aspirations allow farm boys to play in the New York Philharmonic, or a Texas kid to sing the National Anthem in Yankee Stadium, or a poor black girl like Oprah Winfrey to become a movie star, fabulously rich and the host of the Oprah Show. She educates and enlightens millions around the world. It allows inner-city ghetto kids like O.J. Simpson to gain stardom, money and a mega-wealthy home-only to sit in prison for his transgressions.

It allows men like Bernie Madoff to rise to astonishing wealth only to fall into disgrace and prison. The American Dream allows a poor white kid like Abe Lincoln to rise to the presidency as well as an illegitimate black kid like Barack Obama to sit in the White House in 2010. The American Dream allows anyone with fortitude, integrity, drive and creative talents to chase their dreams.

For example: how could a poor boy step off the farm in the 1950s, graduate from college, become a teacher, and move on to live a life of adventure? How could he jump on a bicycle and ride it 100,000 miles across six continents and seven times coast-to-coast across America? How could a kid enjoy such an amazing life that Marco Polo or Captain Cook would envy? How could he write 10 books with more on the way? How could he speak up against his own government and fight for what’s right and not get thrown into political prison? I don’t know, but I am that kid. I must pinch myself because it all gets down to the luck of my birth and country of origin.

If you look around the planet, you will not see the “Indian Dream” ; “China Dream” ; “Mexican Dream” ; “Bangladesh Dream” or “African Dream.” In those places-poverty, death, disease, famine, few choices and a pretty unfortunate life experience await many human beings.

For that matter in my 40 years of world travel, only about 15 countries allow their citizens the ability to make enough money to travel the planet. The rest of humanity scratches out a living.

But, I am willing to bet, that for the United States, the American Dream will turn out to be a brief fantasy in the history of our country, ending circa 2010 or so. Our own leaders bankrupted our government, defrauded future generations with $13 trillion in debt, forced us into useless and immoral wars like Korea, Vietnam, Desert Storm, Iraq and Afghanistan; they sold the American people downstream by shipping our entire manufacturing foundation and mercantile goods to other countries.

We suffer a mind-numbing 41.8 million Americans subsisting on food stamps. Another 15 million stand in unemployment lines and seven million cannot procure a full time job. Our country and its citizens morph into a welfare state. Personal accountability and personal responsibility-die in the schools of America where Black, White and Hispanic kids flunk out of high school at 7,000 per day-over 1.2 million annually. A record 72 percent of black teens give birth to children without fathers-and live off the backs of taxpaying Americans-without giving it a second thought as they birth two, three and more babies.

“Isaac Asimov”>Anti-intellectualism has been a constant thread winding its way through our political and cultural life, nurtured by the false notion that democracy means that ‘my ignorance is just as good as your knowledge.'”

Is the American Dream dead? I submit that it staggers on life-support and the final diagnosis may prove unfortunate.

Charleston Tea Party writer KC said, “We have created a new definition of “The American Dream”. It has nothing to do with values and principles, but has everything to do with “stuff”. Is the goal an accumulation of possessions? If that’s the case, then our nation of bureaucratic welfare recipients should be the happiest, most fulfilled people the world has ever produced. Instead Prozac, valium and therapists abound. Suicide is an epidemic and we are engaged in major sociological soul searching to find fulfillment in this wealthy but empty lifestyle.”

As I learned in my travels-as human numbers climb into the millions and billions in any civilization, human options diminish and degrade. As human numbers grow-options and freedoms shrink. As human numbers accelerate, everything degrades from standard of living to quality of life. And, once enormous populations manifest-everyone lives in tense toleration, intimidation and diminished opportunities. Can this country survive the next added 100 million Americans manifesting via immigration within 25 years?

Bill Moyers asked the question to write Isaac Asimov, “What happens to the idea of the dignity of the human species if population growth continues at its present rate?”

From my world traveling perspective, the American Dream will not survive what’s coming.

In Case You Missed It:  Trump Supporters Raise over $100K to Save AOC's Abuela's Ancestral Home
Posted in Financial and tagged Bankruptcy, Depression, Immigration, United Socialist States of America.

Islam Wants to Rule America by 2020

A refugee from the Muslim Middle East thinks he has discovered Islam’s 20-point plan for conquering the United States by...