A refugee from the Muslim Middle East thinks he has discovered Islam’s 20-point plan for conquering the United States by 2020 – a plan revealed in the latest issue of Joseph Farah’s G2 Bulletin. 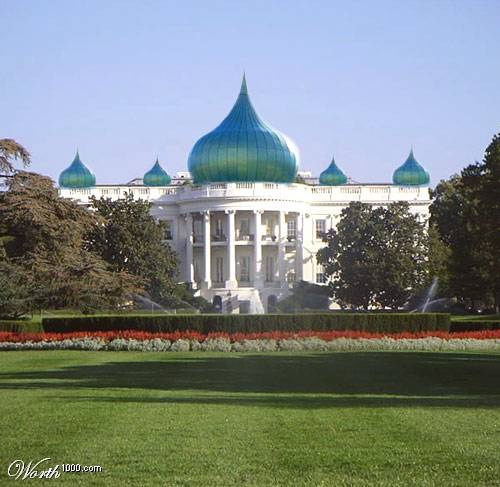 Anis Shorrosh, author of ”Islam Revealed” and ”The True Furqan,” is a Christian Arab-American who emigrated from Arab-controlled Jerusalem in January 1967.

”The following is my analysis of Islamic invasion of America, the agenda of Islamists and visible methods to take over America by the year 2020,” Shorrosh says. ”Will Americans continue to sleep through this invasion as they did when we were attacked on 9/11?”

1. Terminate America’s freedom of speech by replacing it with statewide and nationwide hate-crime bills.

2. Wage a war of words using black leaders like Louis Farrakhan, Rev. Jesse Jackson and other visible religious personalities who promote Islam as the religion of African-Americans while insisting Christianity is for whites only. What they fail to tell African-Americans is that it was Arab Muslims who captured them and sold them as slaves. In fact, the Arabic word for black and slave is the same, ”Abed.”

3. Engage the American public in dialogues, discussions, debates in colleges, universities, public libraries, radio, TV, churches and mosques on the virtues of Islam. Proclaim how it is historically another religion like Judaism and Christianity with the same monotheistic faith.

4. Nominate Muslim sympathizers to political office to bring about favorable legislation toward Islam and support potential sympathizers by block voting.

5. Take control of as much of Hollywood, the press, TV, radio and the Internet as possible by buying the related corporations or a controlling stock.

6. Yield to the fear of the imminent shut-off of the lifeblood of America – black gold. America’s economy depends on oil and 41 percent of it comes from the Middle East.

8. Encourage Muslims to penetrate the White House, specifically with Islamists who can articulate a marvelous and peaceful picture of Islam. Acquire government positions and get membership in local school boards. Train Muslims as medical doctors to dominate the medical field, research and pharmaceutical companies. (Ever notice how numerous Muslim doctors in America are, when their countries need them more desperately than America?) Take over the computer industry. Establish Middle Eastern restaurants throughout the U.S. to connect planners of Islamization in a discreet way.

Massive immigration (100,000 annually since 1961).
Use no birth control whatsoever – every baby of Muslim parents is automatically a Muslim and cannot choose another religion later.
Muslim men must marry American women and Islamize them (10,000 annually). Then divorce them and remarry every five years – since one can’t legally marry four at one time. This is a legal solution in America.
Convert angry, alienated black inmates and turn them into militants (so far 2,000 released inmates have joined al-Qaida worldwide). Only a few ”sleeper cells” have been captured in Afghanistan and on American soil.
10. Reading, writing, arithmetic and research through the American educational system, mosques and student centers (now 1,500) should be sprinkled with dislike of Jews, evangelical Christians and democracy. There are currently 300 exclusively Muslim schools in the U.S. which teach loyalty to the Quran, not the U.S. Constitution. In January of 2002, Saudi Arabia’s Embassy in Washington mailed 4,500 packets of the Quran and videos promoting Islam to America’s high schools – free of charge. Saudi Arabia would not allow the U.S. to reciprocate.

12. Let the entire world know through propaganda, speeches, seminars, local and national media that terrorists have hijacked Islam, when in truth, Islam hijacked the terrorists.

13. Appeal to the historically compassionate and sensitive Americans for sympathy and tolerance towards Muslims in America who are portrayed as mainly immigrants from oppressed countries.

15. Form riots and demonstrations in the prison system demanding Islamic Sharia as the way of life, not America’s justice system.

16. Open numerous charities throughout the U.S., but use the funds to support Islamic terrorism with American dollars.

17. Raise interest in Islam on America’s campuses by insisting freshman take at least one course on Islam.

18. Unify the numerous Muslim lobbies in Washington, mosques, Islamic student centers, educational organizations, magazines and papers by Internet and an annual convention to coordinate plans, propagate the faith and engender news in the media.

19. Send intimidating messages and messengers to the outspoken individuals who are critical of Islam and seek to eliminate them by hook or crook.

20. Applaud Muslims as loyal citizens of the U.S. by spotlighting their voting record as the highest percentage of all minority and ethic groups in America.

Shorrosh is a member of the Oxford Society of Scholars, has traveled in 76 countries, and is a lecturer and producer of TV documentaries. ”Islam Revealed” is a bestseller now in its eighth printing. His forthcoming 10th book, from which the 20-point plan is abridged, is titled ”Islam: A Threat or a Challenge.”

PORTLAND, Ore. – Federal agents in a sting operation arrested a Somali-born Muslim teenager just as he tried blowing up...