WASHINGTON – Is this the case that will break the presidential eligibility question wide open? 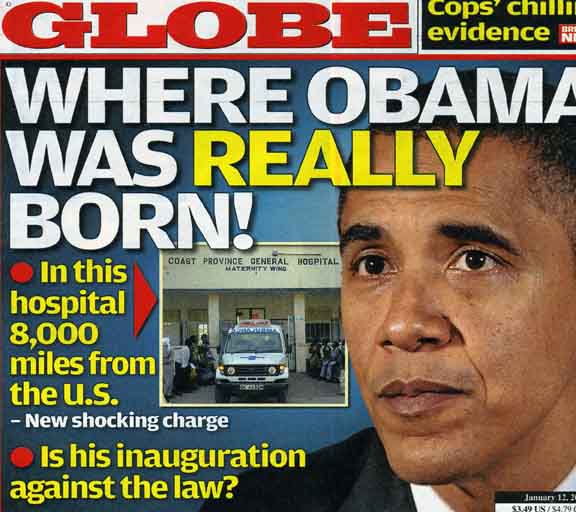 The Supreme Court conferred today on whether arguments should be heard on the merits of Kerchner v. Obama, a case challenging whether President Barack Obama is qualified to serve as president because he may not be a “natural-born citizen” as required by Article II, Section 1, Clause 5 of the U.S. Constitution.

Unlike other eligibility cases that have reached the Supreme Court, Kerchner vs. Obama focuses on the “Vattel theory,” which argues that the writers of the Constitution believed the term “natural-born citizen” to mean a person born in the United States to parents who were both American citizens.

“This case is unprecedented,” said Mario Apuzzo, the attorney bringing the suit. “I believe we presented an ironclad case. We’ve shown standing, and we’ve shown the importance of the issue for the Supreme Court. There’s nothing standing in their way to grant us a writ of certiorari.”

If the Supreme Court decides to grant the “writ of certiorari,” it may direct a federal trial court in New Jersey to hear the merits of the case, or it may choose to hear the merits itself. The court’s decision on the writ could be announced as early as Wednesday Dec 1st.

If any court hears the merits of the case, Apuzzo says it will mark the “death knell” for Obama’s legitimacy.

Apuzzo observed it is “undisputed fact” that Obama’s father was a British subject.

A hearing on the merits “is also a death knell because it would allow discovery so we would be able to ask him for his birth certificate, and we don’t know what that would show,” according to Apuzzo. “We might not even get to the question of defining ‘natural-born citizen.’ If he was not born in the U.S., he’d be undocumented, because he’s never been naturalized. We don’t even know what his citizenship status is. Hawaii has said they have his records, but that’s hearsay. We have not seen the root documents.”

Another attorney who has brought Obama eligibility cases to the Supreme Court, Philip Berg, agrees that discovery would sink Obama’s presidency.

“If one court had guts enough to deal with this and allow discovery, Obama would be out of office,” Berg told WND. “We would ask for a lift of Obama’s ban on all of his documents. The last official report said Obama has spent $1.6 million in legal fees [keeping his papers secret], and the total is probably over $2 million now. You don’t spend that kind of money unless there’s something to hide, and I believe the reason he’s hiding this is because he was not born in the United States.”

“They’re taking a different approach, arguing that both parents must be citizens,” Berg noted.

Apuzzo is arguing the “Vattel theory,” which asserts that the term “natural-born citizen” as used in the Constitution was defined by Swiss writer Emer de Vattel. Vattel, whose work, “The Law of Nations,” was widely known and respected by the founding fathers, used the term to mean an individual born of two citizens.

According to Apuzzo, Congress and the courts have addressed the question of who can be an American citizen, for example regarding former slaves, Asian immigrants, and American Indians. However, the term “natural-born citizen” has never been altered.

“The courts and Congress have never changed the definition,” said Apuzzo. “The founding fathers understood that the commander-in-chief of the armed forces needed to have two American citizens as parents so that American values would be imparted to him.”

Previous cases challenging Obama’s eligibility have all been rejected on technical grounds. Numerous courts have decided that the plaintiffs do not have “standing” to bring a suit against Obama because they have failed to prove they are directly injured by his occupation of the Oval Office.

“To me that’s false,” said Berg. “The 10th Amendment refers to ‘we the people.’ If the people can’t challenge the president’s constitutionality, that would be ridiculous.”

“My clients have a right to protection from an illegitimately sitting president,” said Apuzzo. “Every decision he makes affects the life, property, and welfare of my clients.”

Apuzzo said the founding fathers had good reason to require the president to be a natural-born citizen.

“They were making sure the President had the values from being reared from a child in the American system, and thereby would preserve everybody’s life, liberty and property in the process.

In Case You Missed It:  Pelosi Orders Capitol Police to Arrest Staff and Visitors Who Fail to Comply with House Mask Mandate
Posted in Tyranny and tagged Democrats, Illegal Immigration, Obama.

Has The American Dream Come To An End?

"For generations, parents have told their children about "The American Dream." Basically it has meant building a life based on...