In recent weeks, we have witnessed liberals in the highest level of government sanctimoniously defend terrorists who kill us while persecuting those who defend us from murderous attacks. In an effort to understand this reversal of good and evil, it has become a cliché to call liberals crazy. But while supremely hypocritical, liberalism is not insane. It is a highly adaptive ego device that enables people to violate commitments, vilify those who are true to their faith, and avoid personal sacrifice while feeling great about themselves. The only defense against hypocrisy is self-knowledge, but the politics, spirituality, and morality of liberalism are well-constructed firmaments of self-delusion. 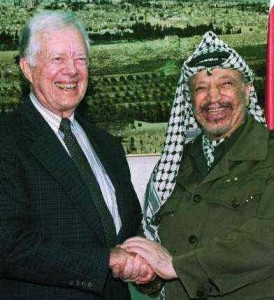 The United States was founded in a Judeo-Christian theocentrism that is informed by scripture and assumes a personal God who hears prayers and grants forgiveness for sin. Theocentrism provides stable laws and settled moral codes.

In the mid-twentieth century, an unorganized, reactive spiritual orientation arose — egocentrism — which has become the dominant moral framework in our nation. This orientation says there may or may not be a God, so each individual must follow his or her own conscience and ethical values. Theocentrism has been promulgated by traditional religion. Egocentrism has mainly been introduced through mass media, educational power structures, and more recently by reoriented religions.

Egocentrism, on the other hand. largely proceeds below the level of conscious awareness through a series of experiments in self-directed living. It presupposes constant change — and who is there to repent to? The consciousness-unconsciousness dichotomy may be shown by a behavioral exemplar. Theocentrists are always praising and blessing God, saying things like, “Praise the Lord,” “so help me, God,” and “Insh Allah.” But for egocentrists, it’s not so clear whom to thank. They don’t proclaim “Praise Me!” “Me have Mercy!” or “May it please Myself!”

This difference explains the gratitude gap between liberals and conservatives. Thanking God is central to theocentrism. Thanking oneself is more complicated, and that is why self-esteem is all important in egocentrist spirituality.

The individual ego is a PR shill. Its job is not to find the truth but to organize life and win every game from the viewpoint of the all-important I. And just as the eye cannot see itself, the ego cannot be honest with itself. It always buys its own pitch. The individual ego is the strongest force in the phenomenal world because of its capacity for self-delusion. Toward that end, there is no form of self-service that the ego cannot transform into a sense of moral superiority. This is why we see a case like Representative Patrick Kennedy, who claims to be Catholic, yet facilitates mortal sin by endorsing “the right to choose.” His ego, not Christ or scripture, is in the driver’s seat. But the ego is so enthralling that Mr. Kennedy may not even know it. Though hypocritical, his public position is not crazy. In fact, it is functional and advantageous in a world dominated by egocentrism.

The spiritual orientation of theocentrism generally provides the moral framework for conservatism, and the spiritual orientation of egocentrism generally provides the moral framework for liberalism. When a theocentrist is hypocritical, it is because he has knowingly violated the tenets of his faith, and this transgressor tends to be secretive because he knows he has broken his own laws. That is the purpose of scriptural codification: it lets you know when you are wrong. And that is why there is no equivalent written code of behavior in egocentrist spirituality. Egocentrism has no written moral law because a written code would in itself violate the process of self-directed experimentation.

Because of the way the ego works, the politics of liberalism are bulwarks of hypocrisy and self-deception. But liberals are often not secretive, but just clueless. They tend to be “in-your-face” hypocrites because they are obeying the ego, which tells them that ultimately, they cannot be wrong. This is why liberals speak of tolerance when they really mean approval. Tolerance is based on disapproval. It is a conscious, meditative process of non-interference with something disapproved of. Tolerance is a compromise that the ego cannot make, because the ego is an on-off switch of self-interest.

The anti-American statements and policies of the Obama administration are the sacraments of two generations of ascendant egocentrism in our country. The ego is loath to admit, “I don’t want to get my behind shot off in some war.” No problem. Liberal academia has given us fifty years of indoctrination in the many reasons America is not worth it. And here’s some good ego-logic: The reality that “it takes courage to knowingly bring a Down Syndrome child into the world” becomes “Sarah Palin is confused and slutty.” Eric Holder calls the American people cowards and then casts self-confessed terrorist murderers as civil rights victims. Khalid Sheik Mohammed becomes the new Rosa Parks.

But none of this is crazy. It is adaptive. For example, in the case of Mr. Holder, his deference to admitted terrorists is an ingenious, though probably mostly unconscious, ego-projection of himself as a civil rights hero while he breaks his oath to defend the Constitution from foreign enemies. Liberal hypocrisy is not insanity, it is pretersanity, a powerful tactic of self-absolution and a way to become rich, admired, and powerful while supposedly “fighting for the little guy,” or to exhort others to self-sacrifice while doing none of that yourself.

The notion, now commonly posited in liberal media, that the Fort Hood terrorist Major Hassan is mentally ill is another unconscious capitulation to egocentrism. It is the worst form of hypocrisy to make excuses for somebody who takes all of the benefits of military service and then murders his defenseless fellow soldiers.

Theocentrism and egocentrism are opposite and irreconcilable. One revels in the new moral entitlements, the other sees a mad world portending the end of days. A theocentrist will not give up God, and an egocentrist cannot give up himself.

American society is being split in two. It is also a testament to our rule of law and compassionate character that we still hold onto our pluribus unum. How will it all end? Let’s use a psychological assessment technique. Complete the following sentence:

In Case You Missed It:  California county demands all businesses produce vaccination status records of employees and turn them over to government
Posted in Freedoms and tagged Democrats, Ideology, Liberalism.

What Are New START’s Missile Defense Promises Worth?

Following a recent meeting with the President, some of our pro-ballistic missile defense (BMD) Senators expressed public optimism that ratification...