Casting an unmistakable and perhaps permanent pockmark on the face of the Obama administration, a federal judge in Virginia ruled Monday that a major component of the new health care reform law is unconstitutional. 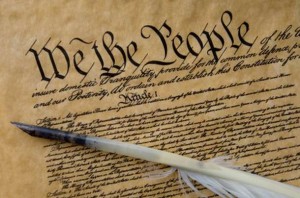 Judge Henry E. Hudson ruled Monday for the state’s claim that the requirement for people to purchase health care exceeds the power of Congress under the Constitution’s Commerce Clause or under the General Welfare Clause.

“It is not the effect on individuals that is presently at issue — it is the authority of Congress to compel anyone to purchase health insurance,” wrote Hudson, who was appointed to the federal bench in 2002 by President George W. Bush.

“Every application of Commerce Clause power found to be constitutionally sound by the Supreme Court involved some form of action, transaction or deed placed in motion by an individual or legal entity. The constitutional viability of the minimum essential coverage provision in this case turns on whether or not a person’s decision to refuse to purchase health care insurance is such an activity,” he wrote.

Hudson’s eagerly awaited decision invalidates the requirement that all Americans purchase health insurance by 2014 or face a federal fine. Hudson’s decision is the first striking down part of the controversial legislation.

The Obama administration is likely to appeal Monday’s ruling to the Richmond-based Fourth Circuit U.S. Court of Appeals. It is widely expected that no matter the outcome before that court, the case will ultimately go before the Supreme Court, as even Hudson acknowledged.

“This case, however, turns on atypical and uncharted applications of constitutional law interwoven with subtle political undercurrents. The outcome of this case has significant public policy implications. And the final work will undoubtedly reside with a higher court,” he wrote.

In his ruling, Hudson wrote that he is severing that portion of the law, known as Section 1501, but is not granting an injunction against the entire law.

But Section 1501 is the portion of the law that collects most of the money that is supposed to flow into the system from millions of additional participants. Without it, the law’s execution could be severely compromised and could rock the foundation of other provisions in the legislation.

The lawsuit is just one of nearly two dozen challenges filed in federal courts across the country. Another high-profile suit filed in Florida and joined by 20 states and the National Federation of Independent Businesses will go before Judge Roger Vinson on Thursday.

Nancy Ann DeParle, head of the White House Office of Health Reform, said the ruling is one of three that have come down so far, and the other two have ruled the provision is constitutional.

The case decided Monday was filed by Virginia Attorney General Ken Cuccinelli on March 23, the same day that President Obama signed the Patient Protection and Affordable Care Act into law.

In the lawsuit, Cuccinelli said the federal government is constitutionally prohibited from forcing Americans to buy insurance.

In an interview with ABC News last month, President Obama defended the mandate.

“What I think is appropriate is that in the same way that everybody has to get auto insurance and if you don’t, you’re subject to some penalty, that in this situation, if you have the ability to buy insurance, it’s affordable and you choose not to do so, forcing you and me and everybody else to subsidize you, you know, there’s a thousand dollar hidden tax that families all across America are — are burdened by because of the fact that people don’t have health insurance, you know, there’s nothing wrong with a penalty,” he said.

Florida Gov.-elect Rick Scott, who gained prominence in his state and nationally during the health care debate, said the Virginia ruling “is great for Floridians and for Americans everywhere.”

“Obamacare is the biggest job killer in the history of this country and this decision will go a long way toward restoring the certainty businesses need to start hiring and restoring some sanity to the federal government,” he said in a statement.

In Case You Missed It:  The Associated Press Will No Longer Emphasize Covid Case Count to Help Joe Biden and the Democrats Going Into Midterm Elections
Posted in Tyranny and tagged Constitution, Health Care Reform, Healthcare, Obama, U.S. Supreme Court.