Twelve people have been hospitalized as a result of Ethnic riots in Moscow at night of December 15. News agencies reported earlier that there were 30 people injured in the clashes. “The reports about a large number of the injured have not been confirmed. There were only several incidents when people suffered injuries as a result of local street fights,” a source at Moscow’s ER service told Interfax Officials of Moscow law-enforcement agencies said that the police took appropriate measures to prevent and contain massive riots. In the meantime, yesterday’s riots in Moscow continue today. 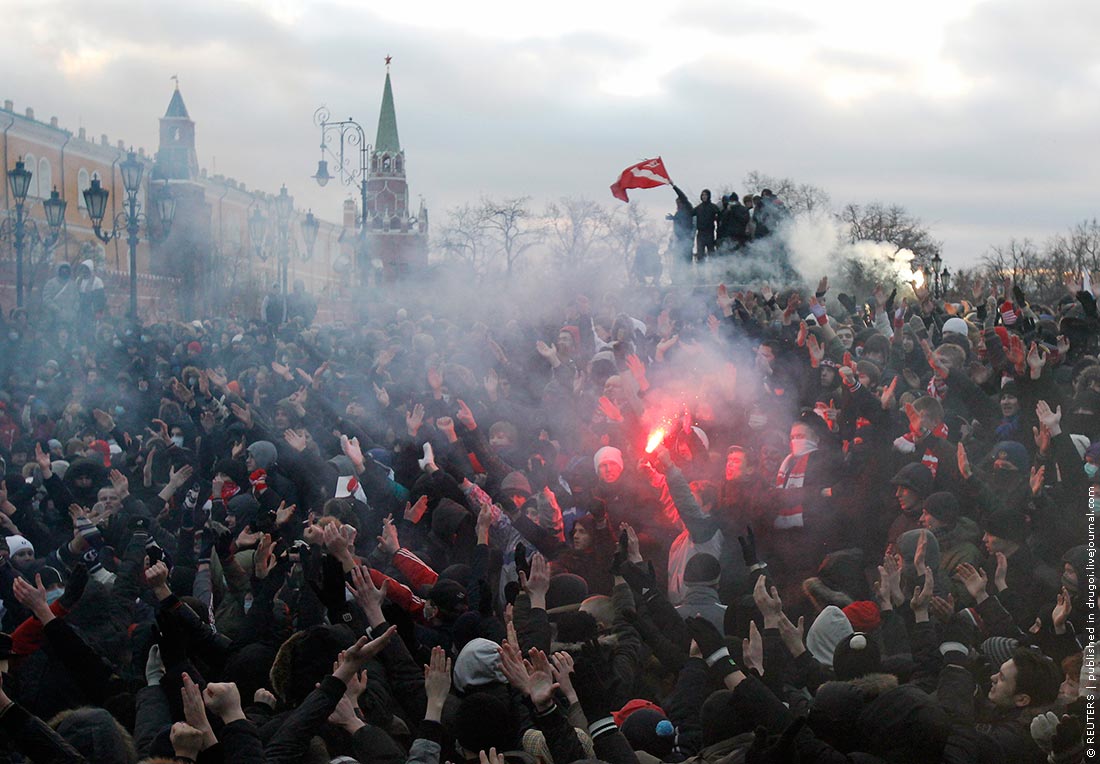 A number of incidents took place on the outskirts of Moscow early in the morning on December 16. A large group of migrants from the Caucasus gathered in the north of Moscow, near Timiryazevskaya metro station. Sporadic fights took place at Aeroport metro station.

A group of Russian teenagers assaulted a man of Asian appearance near Proletarskaya metro station. They hit him on the head and in the stomach, but the man managed to escape from the attackers. 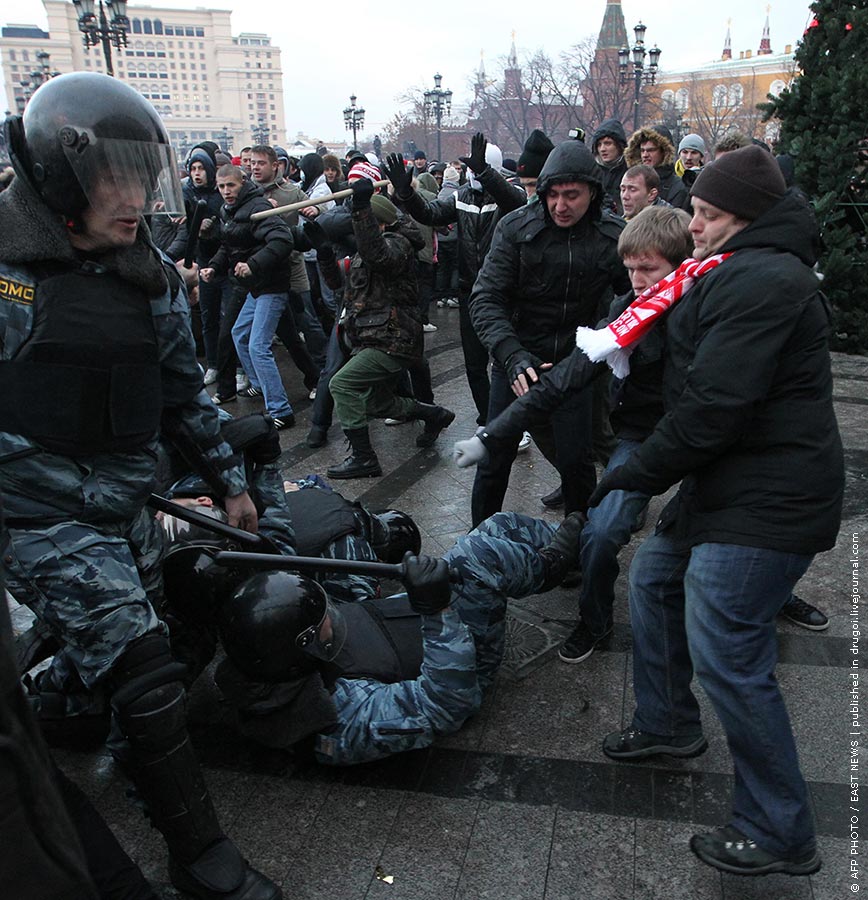 In the south of Moscow, the police arrested a group of 12 migrants from the Caucasus. A local resident called the police saying that about ten non-Slavic men were beating a man. The police arrived on the scene within a couple of minutes and saw a large group of migrants from the Caucasus. The policemen asked for their passports, but the men attacked the officers instead. One of the officers, a 33-year-old captain, fell down during the fight, and the migrants started kicking him. Another policeman made fire warning shots into the air.

Twelve men of non-Slavic appearance were arrested as a result of the fight. They were later identified as nationals of Chechnya, Dagestan, Kabardino-Balkaria, Georgia and Turkmenistan. The men were aged from 22 to 30. The beaten police officers were hospitalized with various injuries.

In the south of Moscow, near Konkovo metro station, unidentified individuals fired a traumatic gun at an ambulance vehicle. No one was injured. Another attempt at multiculturalism, and another failure!

In Case You Missed It:  BUSTED: Those 'ER doctors' on Twitter who claimed hordes of patients were dying from COVID every day were FAKE
Posted in Freedoms and tagged Eastern Europe, Immigration, Riots, Russia.

If you had plans to take a holiday in Greece, my advice would be to switch those plans. The following...