Trend forecaster, renowned for being accurate in the past, says….

The man who predicted the 1987 stock market crash and the fall of the Soviet Union is now forecasting revolution in America, food riots and tax rebellions – all within four years, while cautioning that putting food on the table will be a more pressing concern than buying Christmas gifts by 2015. 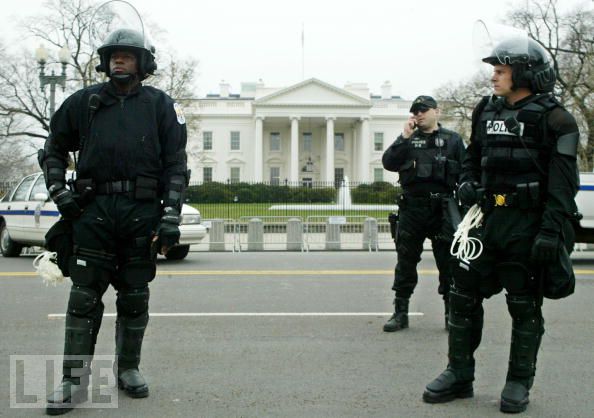 Gerald Celente, the CEO of Trends Research Institute, is renowned for his accuracy in predicting future world and economic events, which will send a chill down your spine considering what he told Fox News this week.

Celente says that by 2015 America will become an undeveloped nation, that there will be a revolution marked by food riots, squatter rebellions, tax revolts and job marches, and that holidays will be more about obtaining food, not gifts.

“We’re going to see the end of the retail Christmas….we’re going to see a fundamental shift take place….putting food on the table is going to be more important that putting gifts under the Christmas tree,” said Celente, adding that the situation would be “worse than the Great Depression”.

“America’s going to go through a transition the likes of which no one is prepared for,” said Celente, noting that people’s refusal to acknowledge that America was even in a recession highlights how big a problem denial is in being ready for the true scale of the crisis.

Celente, who successfully predicted the 1997 Asian Currency Crisis, the subprime mortgage collapse and the massive devaluation of the U.S. dollar, told UPI in November last year that the following year would be known as “The Panic of 2008,” adding that “giants (would) tumble to their deaths,” which is exactly what we have witnessed with the collapse of Lehman Brothers, Bear Stearns and others.

He also said that the dollar would eventually be devalued by as much as 90 per cent.

The consequence of what we have seen unfold this year would lead to a lowering in living standards, Celente predicted a year ago, which is also being borne out by plummeting retail sales figures.

The prospect of revolution was a concept echoed by a British Ministry of Defence report last year, which predicted that within 30 years, the growing gap between the super rich and the middle class, along with an urban underclass threatening social order would mean, “The world’s middle classes might unite, using access to knowledge, resources and skills to shape transnational processes in their own class interest.”

And that, “The middle classes could become a revolutionary class.”

In a separate recent interview, Celente went further on the subject of revolution in America.

“There will be a revolution in this country,” he said. “It’s not going to come yet, but it’s going to come down the line and we’re going to see a third party and this was the catalyst for it:

the takeover of Washington, D. C., in broad daylight by Wall Street in this bloodless coup. And it will happen as conditions continue to worsen.”

“The first thing to do is organize with tax revolts. That’s going to be the big one because people can’t afford to pay more school tax, property tax, any kind of tax.

You’re going to start seeing those kinds of protests start to develop.””It’s going to be very bleak. Very sad. And there is going to be a lot of homeless, the likes of which we have never seen before.

Tent cities are already sprouting up around the country and we’re going to see many more.””We’re going to start seeing huge areas of vacant real estate and squatters living in them as well.

And the crime is going to be a lot worse than it was before because in the last 1929 Depression, people’s minds weren’t wrecked on all these modern drugs – over-the-counter drugs, or crystal meth or whatever it might be.

So, you have a huge underclass of very desperate people with their minds chemically blown beyond anybody’s comprehension.

(Reuters) - The mounting intensity of riots against higher university fees suggests that more and more ordinary people may be...