For years, people have been laughing at the horrific economic decline of Detroit. Well, guess what? The same thing that happened to Detroit is now happening to dozens of other communities across the United States. 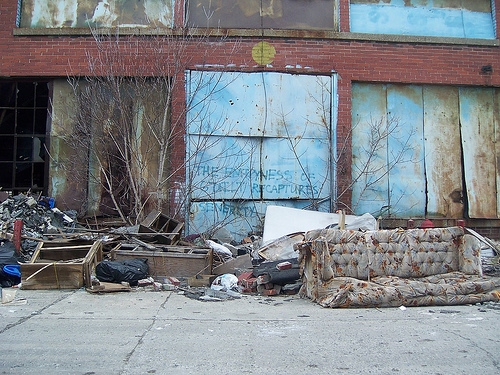 From coast to coast there are formerly great manufacturing cities that have turned into rotting, post-industrial war zones. In particular, in America’s “rust belt” you can drive through town after town after town that resemble little more than post-apocalyptic wastelands.

In many U.S. cities, the “real” rate of unemployment is over 30 percent. There are some communities that will start depressing you almost the moment you drive into them. It is almost as if all of the hope has been sucked right out of those communities.

Meanwhile, the economic downturn has been incredibly hard on the finances of state and local governments across the United States. Unlike the federal government, state and local governments cannot use the Federal Reserve to play games with their exploding debt burdens. Facing horrific budget deficits, many communities have begun adopting “austerity measures” in an attempt to slow the flow of red ink. All over the nation, deep budget cuts are slashing police departments, fire departments and other basic social services, but it seems like no matter what many of these communities try the debt just keeps growing.

So when you combine economic hopelessness with drastic budget cuts, what you get are hordes of communities from coast to coast that are becoming just like Detroit. In the city of Detroit today, there are over 33,000 abandoned houses, 44 schools have been permanently closed down, the mayor wants to bulldoze one-fourth of the city and you can literally buy a house for one dollar in the worst areas. Many Americans thought that it was funny to make fun of Detroit, but little did they know that what happened there would soon start happening everywhere.

The following are 24 signs that all of America is becoming a rotting, post-industrial, post-apocalyptic wasteland just like Detroit…. 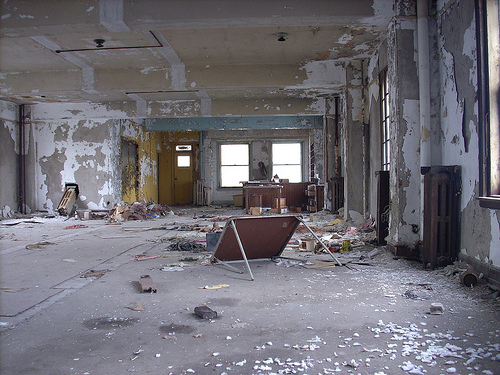 1.) The second most dangerous city in the United States – Camden, N.J. – is about to lay off about half its police

2.) In Camden,NJ about the only “industries” that thrive are drug-dealing and prostitution. It is estimated that dozens of open-air drug markets operate in Camden

4.) Of 315 municipalities the New Jersey State Policemen’s union recently surveyed, more than half indicated that they were planning to lay off police officers

5.) At least 1000 people now live in the 200 miles of flood tunnels that exist under the city of Las Vegas

6.) All over America, asphalt roads are being ground up and are being replaced with gravel because it is cheaper to maintain

7.) A record 42.9 million Americans are now on food stamps and federal authorities fully expect that number to continue to skyrocket

8.) The city of San Jose, California recently laid off 49 firefighters

9.) Over the past year, approximately 100 of New York’s state parks and historic sites cut services and reduced hours.

10.) In 2009, approximately 4 million more Americans joined the ranks of the poor

11.) The state of Arizona recently stopped paying for many types of organ transplants for people enrolled in its Medicaid program

12.) Many police in Arizona that patrol communities near the border with Mexico say that they are “outmanned” and “outgunned” and now fear being killed by drug cartel assassins

13.) Gang violence in America is getting totally out of control. According to authorities, there are now over 1 million members of criminal gangs operating inside the country, and those gangs are responsible for up to 80% of the violent crimes committed in the U.S. each year

14.) Oakland, California Police Chief Anthony Batts announced that due to severe budget cuts there are a number of crimes his department will simply not be able to respond to any longer. Source: The Economic Collapse

15.) One out of six Americans is now enrolled in at least one federal government anti-poverty program.

16.) Illinois is so far behind on its bills that not even schools and essential social services are getting their money on time.

18.) As communities degenerate economically, it appears that they are falling apart morally as well. There are approximately 400,00 registered sex offenders in the United States as you read this.

19.) In a desperate attempt to save money, the city of Colorado Springs turned off a third of its streetlights and put its police helicopters up for auction. Source: Denver Post

20.) According to a recent study, approximately 21% of children (Almost 1/4) in the United States live below the poverty line in 2010. Source: The Economic Collapse

21.) According to the U.S. Department of Transportation, more than 25 percent of America’s 600,000 bridges need significant repairs or are burdened with more traffic than they were designed to carry. 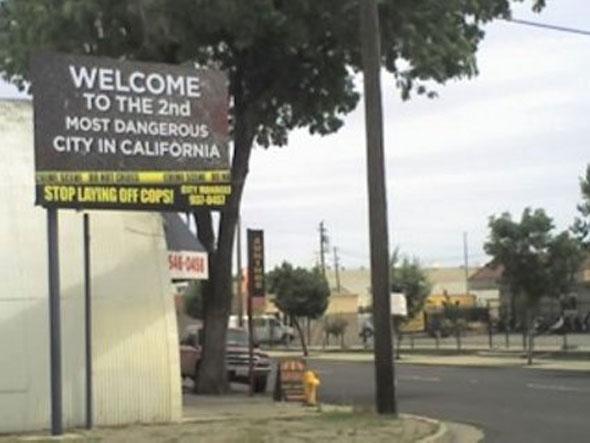 23.) In Stockton, California the police union put up a billboard with the following message: “Welcome to the 2nd most dangerous city in California. Stop laying off cops.”

24.) Major cities such as Philadelphia, Baltimore, and Sacramento have “rolling brownouts” when various city fire stations shut down on a rotating basis. So if you live in one of those cities and you have a fire, you had better hope that your local fire station is not scheduled for a “brownout” that day. Source: NYT

Conclusion We were once a nation that was endlessly expanding, endlessly growing and endlessly becoming more powerful, but now just the opposite is happening.

All of this didn’t happen overnight. Back in 1982, Billy Joel could see what was starting to happen and he released a song entitled “Allentown” which captured the depression that many residents of once great steel cities were experiencing. The song started out with these two lines….

Well, the United States has lost over 42,000 factories since 2001 and now all of America is turning into “Allentown”.

Unfortunately, things are going to get even worse. Thousands more factories and millions more jobs will be sent overseas. The debt loads of our state and local governments will continue to skyrocket. The truth is that city after city after city is going to start looking like something out of a third world country.

But perhaps you disagree. Perhaps you believe that America’s greatest days are just around the corner.

Republicans and Democrats can always agree on spending more money. Their default position is usually not to cover costs.  But...