David Seaman– I recently had the opportunity to interview Donald Trump. I asked him about the economy, taxes, and his presidential ambitions. His responses are below. 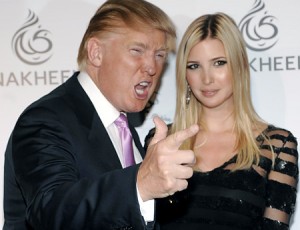 Is the economy seeing real recovery, in your view, or is this just a calm before the storm?

There has been some recovery, and I hope it’s substantial, but we still have to be wary. We had a major quake and it takes awhile to even out.

I’ve bought some golf courses with a lot of acreage for good prices, and there are some good buys out there.

Regarding the rumors that you may run for President if drafted—how would your economic policy differ from the current administration’s?

My economic policies would vary greatly from the current administration’s and as to the question of rumor, there is no rumor about my interest in running for the Presidency, rather, I have disclosed, countless times, that I will make my decision in June. Furthermore, I along with many people in this country, are tired of listening to the same old rhetoric day in and day out. As an example, in an independent site, Should Trump Run.com, several hundred thousand people have visited this site in an attempt to encourage me to run for President. They want to stop OPEC, China and others from breaking us down. I will decide by June.

Did Obama get it right regarding the tax cut extension?

He had all of the cards and was not able to use them. We are the highest taxed nation—I would tax foreign countries that are ripping off the U.S. and lower taxes for Americans.

The Fight to Restore Democracy in Côte D’Ivoire

Achieving stable and mature democracy in sub-Saharan Africa remains a work in progress, as illustrated by the November 28 elections...