U.S. Attorney General Eric Holder told ABC News that he has “sleepless nights” over his worry about domestic terrorists. He thinks that Americans, natural born are far more dangerous than foreign terrorists. 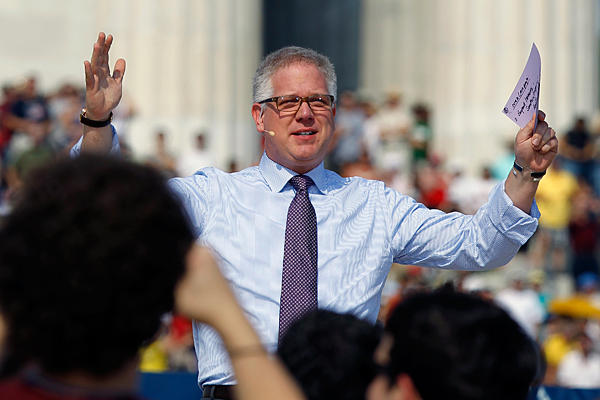 At some level he has a point, but the way he phrased the whole issue once again proves that neither he, nor his president by extension, really have any logical grasp of the evil we face in radical Islam. In fact, they are philosophically resistant to even see Islam as the enemy.

“It is one of the things that keeps me up at night,” Holder told ABC News. “You didn’t worry about this even two years ago — about individuals, about Americans, to the extent that we now do. And — that is of — of great concern.”

“The threat has changed from simply worrying about foreigners coming here, to worrying about people in the United States, American citizens — raised here, born here, and who for whatever reason, have decided that they are going to become radicalized and take up arms against the nation in which they were born,” he said.

Notice the phrasing here? Look at the words he used: individuals; Americans; citizens; for whatever reason; decided to become radicalized.

Did you notice what word or words are not present?

You guessed it: Islam and/or Muslims.

Apparently the Attny. Gen. thinks that Americans simply “become” terrorists “for whatever reason” and not because they’ve converted to Islam. You see, Mr. Holder, the “whatever reason” happens to be Islam. That is the common denominator for domestic terrorism today.

Ah, but those uninformed leftists will immediately stampede to the example of anti-government agitator Timothy McVeigh who bombed a federal building in Oklahoma way back in 1995. They will point to him and claim that he is proof that not all domestic terrorists are Muslims. This example is, of course, a red herring. After all, we had one Tim McVeigh (well, two if you count his accomplice Terry Nichols), yet we’ve had dozens of American citizens converted to Islam that tried to turn to terror. So the books do not balance making legitimate a claim that domestic terrorists that aren’t Muslims are just as dangerous and/or numerous as those that are Muslims.

In fact, it really isn’t proper to even call Americans converted to Islam a “domestic terrorist.” After all, they’ve joined the international conspiracy of radical Islam. They are no longer “domestic terrorists” since they converted to Islam and joined the global Muslim cabal to destroy the west and the U.S. As soon as they took on the mantle of al Qaeda and their ilk, these Americans have essentially ceased being Americans.

Unfortunately, it’s all of a piece with the campaign to deny who the real enemy is headed by President Obama. It’s proof that Holder and Obama see America as the enemy. It all makes one wonder when this anti-American Attorney General is going to get fired? Maybe, though, that is too much to expect from an anti-American president.

Christmas in Bethlehem: the cross banished from souvenirs. For fear of Islamic fundamentalism, textile workshops in Hebron and Jerusalem, produce...